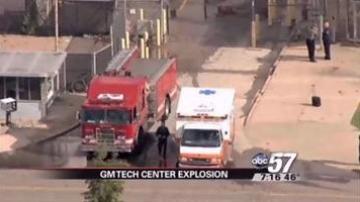 WARREN, Mich.--There was an explosion at a lab on General Motor's campus in Warren on Wednesday.

At least one person was hurt and taken to a nearby hospital.

All employees were evacuated from building number 27, a lab at the alternative energy center.

G.M. released a statement that said, all the employees had been accounted for.