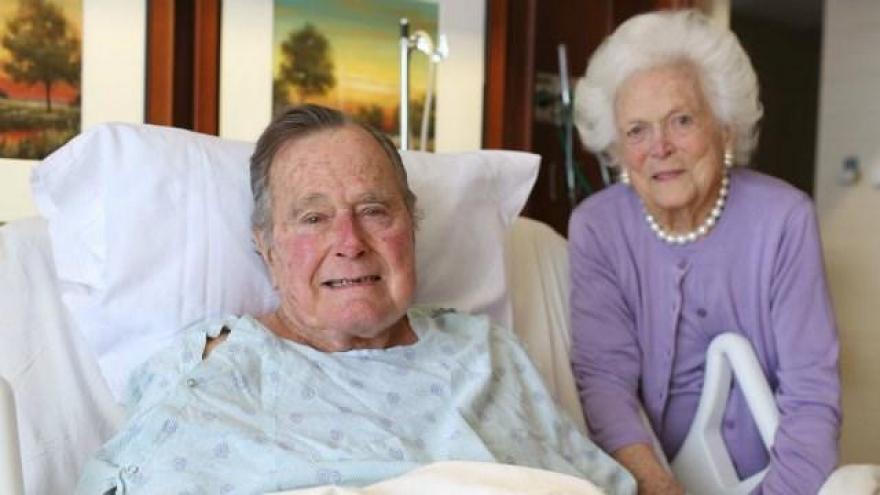 WASHINGTON (CNN) -- A spokesman for former President George H.W. Bush said the 92-year-old politician was re-admitted to a Houston hospital Friday over what turned out to be pneumonia.

His spokesman, Jim McGrath, confirmed the return to the hospital in a statement on Tuesday, adding that Bush was taken to the hospital due to a cough that prevented him from sleeping. The cough turned out to be due to pneumonia, which has been treated and resolved, McGrath said.

"President Bush is in very good spirits and is being held for further observation while he regains his strength," the statement read.

A source close to Bush told CNN's Jamie Gangel the former President is receiving IV antibiotics and will probably be kept at the hospital for a few more days for observation. The source said the Bushes had not previously announced the hospital visit because they did not want to worry anyone over the Easter weekend.

Bush was last admitted to Houston Methodist Hospital in January to address "an acute respiratory problem stemming from pneumonia" before being released from the hospital on January 30.

Bush's wife, former first lady Barbara Bush, was hospitalized in January over bronchitis before being released the same month.

Just five days after his release from the hospital, Bush tossed the coin alongside his wife at the 2017 Super Bowl in Houston.