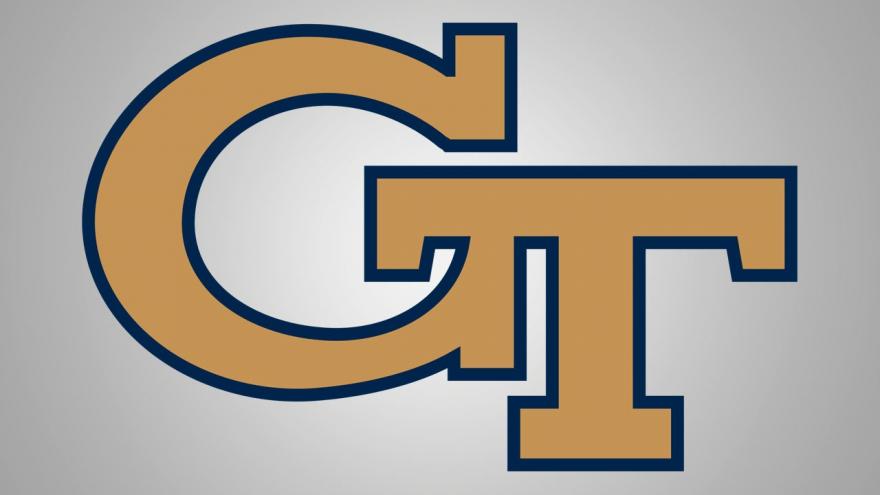 (CNN) -- The Georgia Bureau of Investigation is investigating the fatal shooting of a Georgia Tech student by campus police late Saturday after the student was confronted about carrying a knife.

According to the GBI, Georgia Tech Police officers responded to a 911 call about a person with a knife and a gun on the downtown Atlanta campus at 11:17 p.m.

When they arrived, police said they found Scout Schultz, 21, outside a dormitory with a knife.

A cellphone video taken by a Georgia Tech student from his dorm room across the street shows the confrontation play out in the brightly-lit entrance to a parking garage. At least two officers have their guns drawn as Schultz walks toward them with arms down.

A knife is not visible in the cellphone video seen by CNN. Footage shot by CNN affiliate WSB after the shooting, however, shows a metal, flip-open utility tool that would likely include a small blade, lying on the ground.

Georgia Tech said Schultz was a fourth-year computer engineering major from the Atlanta suburb of Lilburn. Schultz also had a minor in biomedical engineering and planned to work on medical devices, according to a profile on the website of the Georgia Tech Pride Alliance, where Schultz was president.

The profile said Schultz identified as nonbinary and intersex and preferred the pronouns they and them.

"We are all deeply saddened by what has occurred," the Pride Alliance said in a statement on its website Sunday. "They have been the driving force behind Pride Alliance for the past two years. They pushed us to do more events and a larger variety events, and we would not be the organization we are known as without their constant hard work and dedication. Their leadership allowed us to create change across campus and in the Atlanta community."