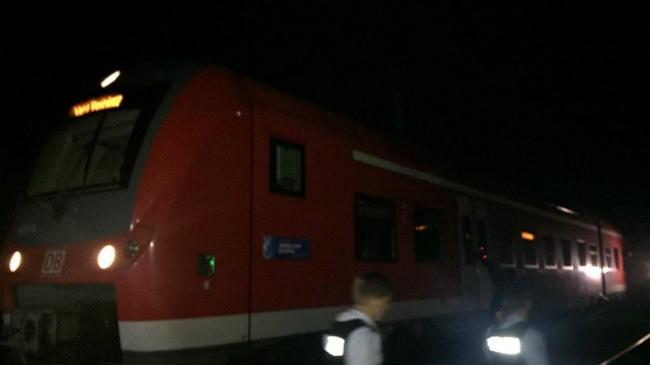 (CNN) -- An ax-wielding man who attacked several people on a train in Germany has been shot dead by police, according to Lt. Fabian Hench, regional police spokesman. Four passengers who were attacked are in serious condition, with the total number of wounded unclear, according to the police spokesman. The attacker's identity and motive are not known, Hench said.