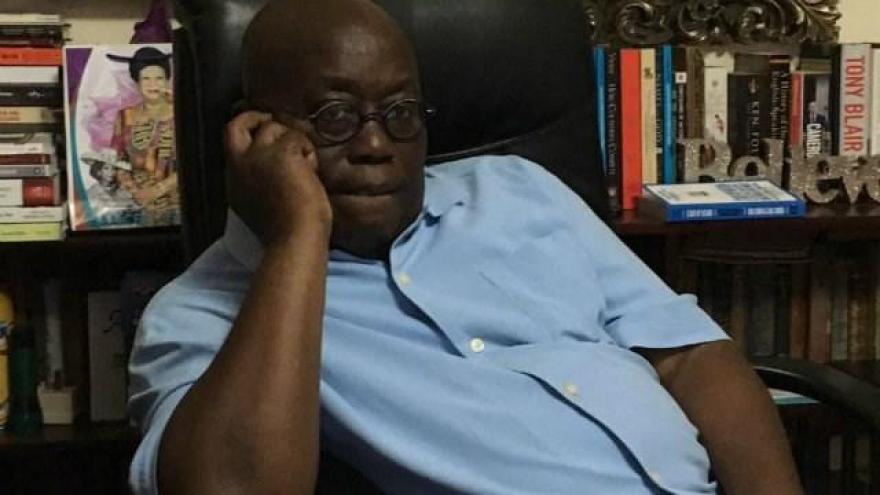 (CNN) -- Ghanaian President John Mahama has conceded defeat to Nana Akufo-Addo in the recently concluded elections, a spokesman for the President-elect told CNN on Friday.

He alleged voter fraud after the 2012 loss to Mahama and the Supreme Court spent more than a month deliberating before declaring Mahama the winner by a narrow margin.

A lawyer, Akufo-Addo has been elected to the national parliament and served as attorney general and foreign minister, his website said.

He tweeted his victory, saying: "A few minutes ago, I received a call from President @JDMahama congratulating me on winning the 2016 Presidential Election. #ChangeHasCome"

In an interview with CNN before his victory was assured, Akufo-Addo expressed confidence.

"We won it," he said. "We won both the parliamentary and presidential contests so we're in a good shape. The parliamentary contest has been won by a very, very big margin; we increased our presence in parliament by an extra fifty seats."

Mahama, of the National Democratic Party, has led the West African nation of 27 million people since July 2012. As the vice president, he first took office after the death of President John Evans Atta Mills.

The national economy will be Akufo-Addo's major challenge.

Oil reserves were discovered off the coast of Ghana in 2007, but Ghanaians struggle to obtain food and day-to-day services. Rolling blackouts are common and citizens often stand in long line to obtain products.

According to his campaign website, Akufo-Addo has promised to improve the economy by overseeing the mining of untapped bauxite deposits and building an integrated aluminum industry.

Part of a former British colony, Ghana was among the first African countries to gain independence, in 1957. It endured a series of coups before a military dictator, Jerry Rawlings, took power in 1981. Rawlings led Ghana through a transition to democracy about 10 years later.