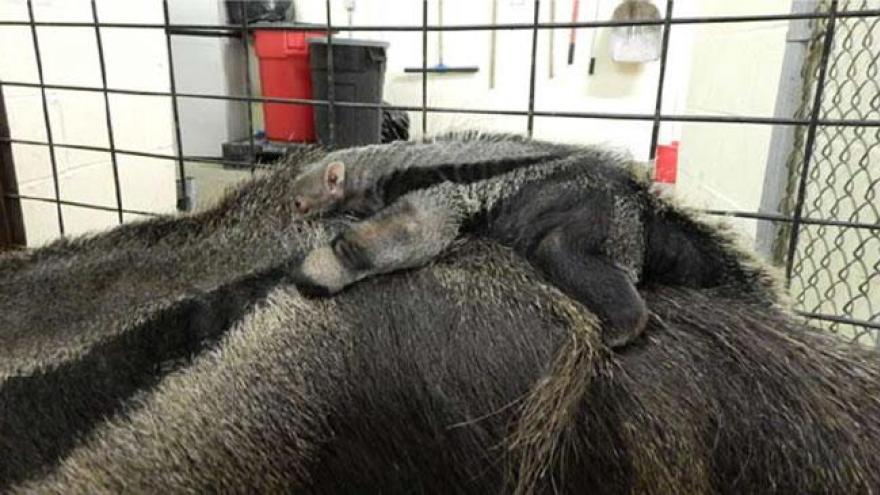 The male pup has been nicknamed Pickle.

This is the third pup for Corndog and Jo Hei.

Corndog was born at the Fresno Zoo in January 2006 and was brought to the Potawatomi Zoo in June 2007.

In 2011, she was taken to a zoo in Providence, Rhode Island to breed with Jo Hei on a recommendation from the Association of Zoos and Aquariums Species Survival Plan.

Corndog returned to the Potawatomi Zoo in December 2015 along with her mate Jo Hei.

The zoo says since anteaters prefer warmer weather, Corndog and Pickle may not be seen until the weather improves.

Joe Hei and Barques, another male anteater, will be available for outdoor viewing when temperatures near 50-degrees.