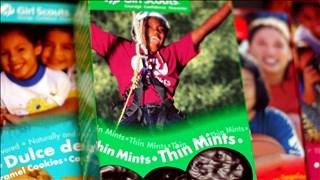 Police say a 9-year-old girl was shot in the leg on the north side of Indianapolis Tuesday.

The shooting occurred at the Retreat Cooperative apartments near Westlane and Michigan Roads around 4:30 p.m. Sinai Miller, 9, was shot in the lower left calf and was taken to Riley Hospital for Children at IU Health. Mark Chandler, the boyfriend of the girl's mother, says she's recovering and in good spirits.

She was released from the hospital Tuesday night and is now at home.

Chandler says the girl and her two young sisters were selling Girl Scout cookies in their neighborhood.

"They walked outside the door and they didn't even get to make it across the lot and then the shots start ringing out," said Chandler.

He says it's a terrifying image for the girl and her sisters to experience.

"I came downstairs and she was sitting over there and that's her little boot and the blood." Chandler adds, "it's just ridiculous. She's 9-years-old, man. She's very smart. She don't know nothing about no gun or no shots or whatever."

Police are searching for suspects in a blue Ford Expedition in relation to the shooting. Witnesses say they were standing outside their town homes when they saw a hand reach out from the SUV window and fire two to three shots in their direction. One shot struck the young girl, and another hit an apartment door.

Neighbors say it's not something they see in their family-friendly community.

"The type of community this is, it's kid friendly and for this to happen sparingly with no direction, they was just shooting," Tamera Williams says.

There's no further description of the suspects or a possible motive released for the shooting.