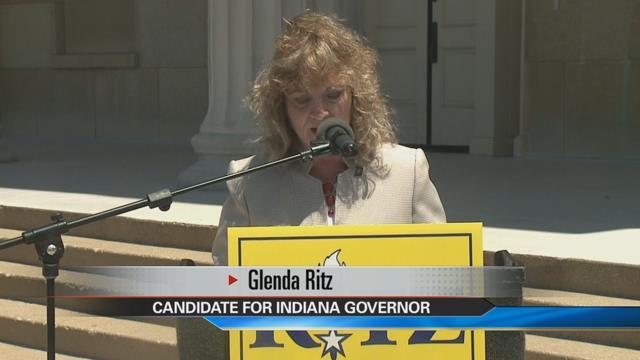 The 2016 governors race heated up Friday.

Glenda Ritz, State Superintendent of Public Instruction, announced she would be running for the office to a group of South Bend voters.

Known for her extensive background in education, Ritz reintroduced herself to voters as a versatile candidate.

Ritz assure education would be a top priority if elected the 51st governor for Indiana.

“Education however is going to be a key issue in moving the economy forward,” said Ritz.

State funding for school districts in Michiana has been a hot button issue.

“They're not supporting public education at the level at the level it needs to be supported” SBCSC Superintendent Carol Schmidt said in an interview last month.

When Gov. Pence paid a visit to South Bend in May, Superintendent Schmidt told ABC 57 urban districts often suffer the most from the state's education budget.

“I am well aware that our more urban districts did not get the funding that they needed, they got some cuts, and so I'm going to be looking at the federal balance that I may be able to provide at the state level through the federal government monies and see if we can balance some of that out,” she said.

But some questioned whether her education background would be enough to handle every duty of the office.

“I think Hoosiers are going to find out that I'm not one dimensional in anyway” she said.

She faces Karen Tallian, 4th district State Senator and John R. Gregg, former Speaker of Indiana's House of Representatives in the May primaries.

Abc 57 reached out to both candidates on Ritz's announcement and only Gregg responded writing in part:

“I'm focused on my campaign and building the team and resources needed to defeat mike pence in 2016 – not on anyone or anything else."