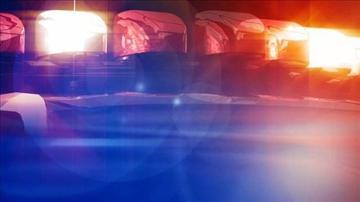 ST. JOSEPH COUNTY, Ind. -- General Motors is recalling more than 38,000 Chevrolet Impala police cars in the U.S. and Canada. GM said a part in the front suspension can crack and cause a crash when operated at a high rate of speed. The recall affects police cars from 2008 through 2012 model years, which means the majority of the police department fleets are affected in the Michiana area.

ABC 57 News looked into how area police agencies are handling this massive recall and what local dealerships are doing to ease the work load of servicing so many cars at once.

Alan Royce, the service Manager at Gurley Leep said after talking with the county police department he called GM and had dozens of recall parts sent to their Grape Road location.

"We don't sell Chevrolet Impala, but we are doing the recall for St. Joseph County Police and some of the Mishawaka Police Department," said Royce.

Mishawaka Police Department has 41 Impalas that will need to be serviced. Gurley Leep's service department could see around 100 police cruisers when their recall efforts are all said and done.

On Tuesday when ABC 57 stopped by Gurley Leep, a St. Joe County squad car was hoisted up in the air on one of the service bays, as a mechanic was replacing the recalled parts. A process the mechanic said takes a couple of hours to complete.

Royce said, "It stabilizes the rear wheels, it's the lower control arms that the hubs are mounted to which the wheels are hooked to."

The GM Recall warning said the lower control arms in the suspension can fracture, causing sudden changes in handling that could make the driver lose control.

A service department employee at Gates in Mishawaka off of McKinley Avenue said they are handling police fleets from South Bend, Mishawaka, Osceola and Walkerton.

Captain Phil Trent, the spokesperson with South Bend Police Department said, "It's unfortunate, but it's not unmanageable and it's not an emergency situation. 260 police officers, 260 take home cars and a vast majority of those are the Impalas. Our plan for handling the recall is simply when the vehicles go in for preventative maintenance they are also taken over to a local Chevy dealer where the recall is performed."

According to the GM recall, GM is not aware of any crashes or injuries that have resulted from the current problem. GM also notes that Impalas sold to the public are not affected by this recall.