Gold Star widow: I wish Trump had called me 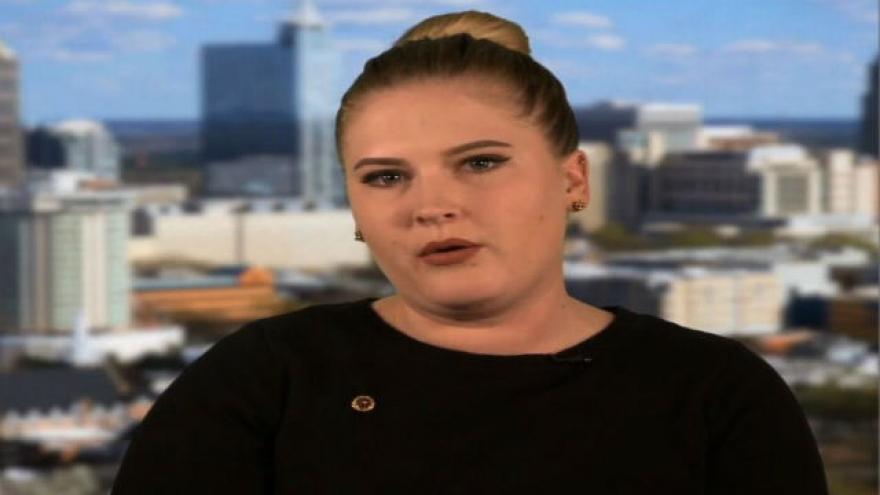 Gold Star widow Whitney Hunter says she was told to expect a phone call from President Trump after her husband was killed in a suicide attack in Afghanistan. Photo courtesy CNN

(CNN) -- Gold Star widow Whitney Hunter says she was told to expect a phone call from President Trump after her husband was killed in a suicide attack in Afghanistan, but that call did not come.

Hunter said she was informed by her casualty officer that the White House had given word the President would call. She said she was told to stay by her phone for a couple of days.

"I don't like that I was told that I would receive the phone call but then I never did," continued Hunter, speaking Wednesday on CNN's "Newsroom." "[I] lost my husband in defense of this nation and that's something that I will treasure forever, knowing that I married a hero."

Hunter said she was "extremely honored" to meet with Vice President Mike Pence at the transfer of her husband's remains, and that he was a "very genuine human being" and had "shared his condolences."

US Army Sgt. Jonathon Michael Hunter, 23, of Columbus, Indiana, died in August after his convoy was struck by a suicide car bomber, the Defense Department said.

Rep. Frederica Wilson, a Florida Democrat, said Wednesday the President told Myeshia Johnson, the widow of Army Sgt. La David Johnson, who was killed during an ambush in Niger, "He knew what he signed up for, but I guess it still hurt."

Wilson, who said she heard the remarks via speakerphone, called them insensitive. Trump responded on Twitter, saying Wilson fabricated the comments.

Trump had been criticized for waiting almost two weeks to mention the Niger attack, either in public or in calls to the families. The October 4 raid left four US service members and five Nigerien service members dead.

Sanders added there is no recording of Trump's call with Johnson's widow.

The White House did not respond to a request for comment on Hunter's remarks.