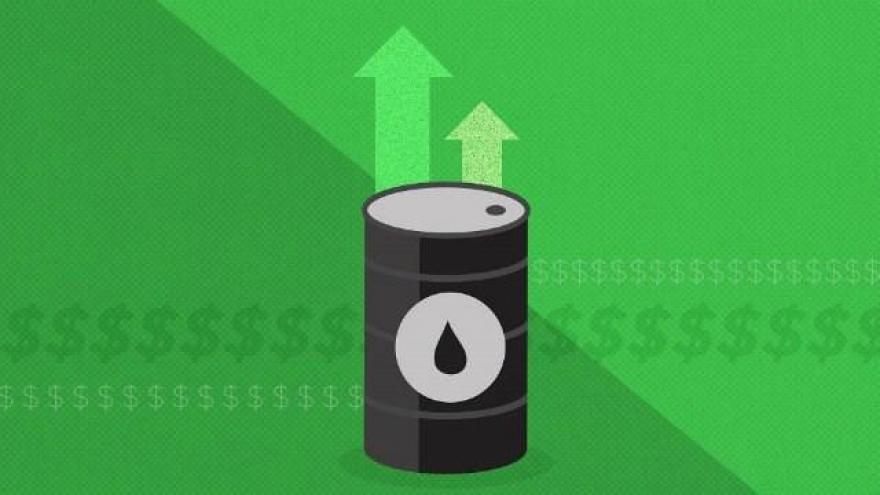 NEW YORK (CNNMoney) -- The oil market could be in trouble if OPEC doesn't come to the rescue with deeper production cuts soon.

Goldman Sachs warned on Tuesday that crude oil could plunge below $40 a barrel "soon" if the massive U.S. oil glut persists and OPEC fails to take further action.

"The market is now out of patience," Damien Courvalin, head of energy research at Goldman Sachs, wrote in a research report.

The oil market is notoriously hot and cold. Concerns about excess supply from U.S. shale producers sent crude into a bear market last month, posting a decline of more than 20%.

Oil prices then rebounded, rising for eight straight days. That was oil's longest winning streak in more than seven years. Citigroup even argued a "bottom" in oil prices is "likely near."

But Goldman Sachs doesn't sound so sure that crude has stopped plunging. It warned that oil could sink below $40 a barrel due to the glut.

The problem is the same one that has gripped the market for the past three years: there's more oil than the world needs right now. That's why crude has plunged 16% this year to $45 a barrel on Tuesday.

OPEC tried to fix the supply glut by teaming up with Russia to cut production. But that only encouraged U.S. shale producers, especially in the Permian Basin of West Texas, to ramp up their output.

The closely-watched Baker Hughes oil rig count has climbed 24 out of the past 25 weeks, signaling increased confidence among shale drillers. Analysts at JBC Energy think the rig count would have to decline 20% by February to fix the supply glut.

The other problem is that OPEC pumped more oil in June than in May. That's because Libya and Nigeria, which aren't subject to the output cuts, have been able to ramp up production more than many expected.

Goldman Sachs suggested there's a chance OPEC could swoop in and ease the glut by making even deeper cuts.

"This should be done in a 'shock and awe' manner, with little public announcement," Goldman wrote.

If not, look for crude to come under further pressure.

"Any rally towards $50 has a decent chance of being a good selling opportunity," JBC wrote in a report on Tuesday.