GOP Hill leaders back away from Trump on wiretap allegations 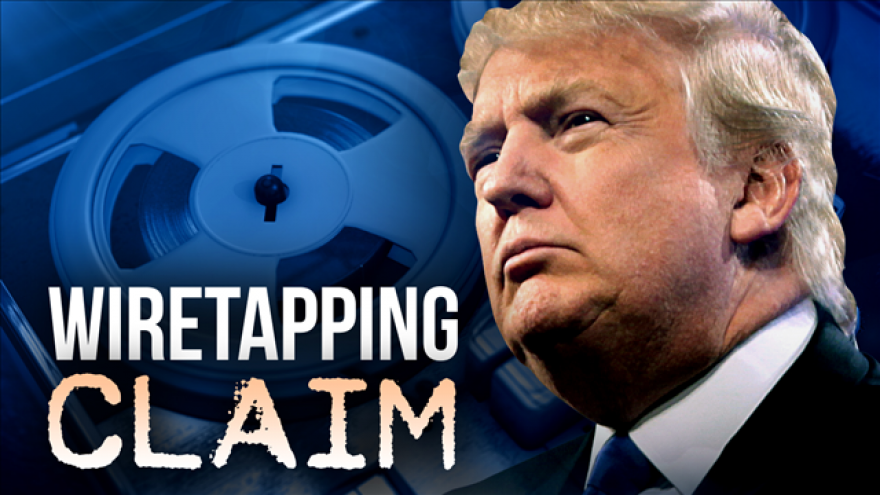 (CNN) -- The top Republicans investigating Russia's interference in the US election declined Tuesday to back up President Donald Trump's claims that then-President Barack Obama wiretapped his Manhattan headquarters last year -- leaving the White House on its own to explain the stunning allegation.

When pressed on whether he believed Trump's allegations, House Intelligence Chairman Devin Nunes -- one of Trump's strongest supporters in the House and a member of his transition team -- brushed aside the President's allegations.

"A lot of the things he says, you guys take literally," Nunes told reporters Tuesday. Nunes later hedged his comments and said that former National Security Adviser Michael Flynn may have been wiretapped and that Trump had raised "valid questions" about how his aides were listened in on.

Across the Capitol, Senate Intelligence Chairman Richard Burr, who is leading a concurrent investigation into Russia's interference, said he had not seen any evidence of Trump's claims.

"We're going to go anywhere there is intelligence or facts that send us," Burr told CNN. "So I'm not going to limit it one way or the other. But we don't have anything today that would send us in that direction, but that's not to say that we might not find something."

When asked by CNN if he believed Trump's allegations, the second ranking Republican in the Senate, John Cornyn, responded: "I don't know what the basis of his statement is."

"Nothing has changed," Spicer told CNN's Jim Acosta when asked whether there was new evidence to support the claims. "It's not a question of new proof or less proof or whatever, the answer is the same, which is that ... there was a concern about what happened in the 2016 election. The House and Senate Intelligence Committee have the staff and the capabilities and the processes in place to look at this in a way that's objective and that's where it should be done."

Rep. Adam Schiff, the ranking Democrat on the House's committee, said he accepts the responsibility of looking into Trump's claims.

"The President has asked our committee to investigate this," Schiff told reporters Tuesday evening. "Mr. President, we accept."

Schiff added later, "It is also a scandal if those allegations prove to be false"

"If the President is exercising his First Amendment rights, that's not my issue," Rosenstein, a veteran federal prosecutor with bipartisan backing, said when asked about Trump's claims by Republican Sen. Lindsey Graham.

Throughout the Capitol it has been almost impossible to find any lawmakers who either take the President literally or seriously about his blockbuster claim, laid out in an early morning tweet last Saturday.

Sen. Mark Warner, the top Democrat on the Senate Intelligence Committee, laughed for a few seconds when asked by a CNN reporter if the committee would expand its investigation to check out Trump's allegations.

"We'll follow the facts wherever they may lead, but he's not shown us any evidence," Warner said.

And top Republicans, already hard at work trying to corral votes for the Obamacare replacement, dismissed with questions about Trump's tweet Tuesday. Senate Majority Leader Mitch McConnell said "No I have not," when asked if he has seen any evidence of wiretapping.

The President's allegations add the latest wrinkle to a story which has consumed Washington and the new administration with a seemingly endless stream of revelations about the Trump campaign's interactions with Russian officials.

Sessions said last Thursday he would recuse himself from any investigation out of the Justice Department a little less than 24 hours after it was reported he met twice with Russian Ambassador Sergey Kislyak. The White House then quickly alerted reporters to other meetings top advisers had with Kislyak before that information could be leaked out.

The House Intelligence Committee, meanwhile, has set an aggressive schedule for investigating claims that Russia engaged in widespread interference in the US elections -- requesting the delivery of intelligence documents by March 17 and scheduling its first public hearing in the investigation for March 20.

CNN's Manu Raju and Ted Barrett contributed to this report.