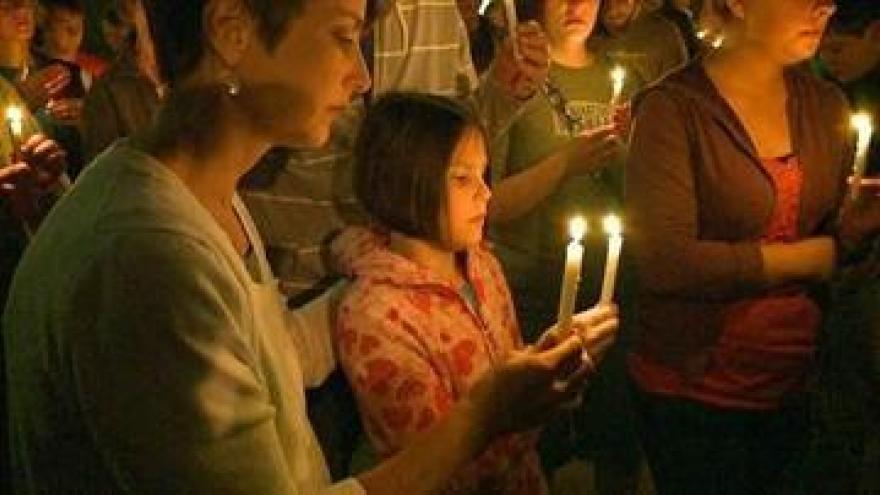 GOSHEN, Ind. – James Steven Miller had taught at Goshen College for 30 years. On a normal Sunday afternoon, he would have been found in his office; instead he was killed several hours earlier at his home just blocks away from campus during an apparent home invasion.

Less than 24 hours after his death, hundreds of people gathered outside the Science building Miller taught in at Goshen College. Candles were lit, hymns were sung, and prayers offered on behalf of Miller and his family.

The death has devastated the small, tight-knit college. It’s not uncommon for students to call their professors by their first name, and many told us Miller was a joy to have as a teacher.

Miller pushed his students to excel in the classroom, and colleagues to better meet the needs of students as they passed through the college onto medical schools or careers in the healthcare industry. “I will value that, as a memory of Jim and I will definitely miss that aspect of not having him around,” said Ryan Sensenig, Chair of Biological Sciences Department at Goshen College.

Students couldn’t help but smile when asked to describe what Miller was like in the classroom. Many said they could tell he cared about every student. They also said, his panache for telling jokes during lectures helped cut the monotony some of the subjects he taught could occasionally bring.

Miller was teaching high-level courses in Pre-Med, Nursing and Health-related programs. He came to Goshen College in 1980, the same year he finished his doctorate degree in biochemistry at Ohio State University.

Miller was not tall in stature, but was tenacious. His colleagues call him brilliant, and full of knowledge and life experience that he used to his advantage in educating tomorrow’s doctors and nurses.

It is clear he was greatly loved and will be sorely missed at Goshen College. At the vigil, messages were left in colored marker on a giant pad of white paper. One student wrote, “you were truly an amazing person. Class will not be the same without you. You will truly be missed.”

The pad of paper and a picture memorial of Professor Miller will be on display inside the Science building’s southern lobby for an undetermined amount of time.