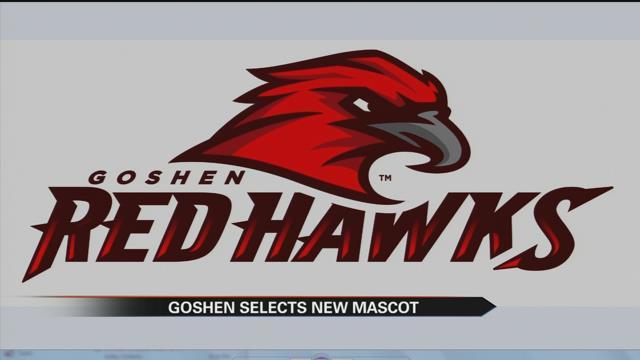 It’s the end of an era for Goshen Community Schools.

After representing the district’s athletics department for more than 90 years, the school board voted Monday to finally retire the controversial Redskins mascot.

With over 53 percent of the community’s vote, the RedHawks will be the newest namesake.

“Over 3,000 votes, it would be our recommendation to you that the new mascot be the RedHawks,” said Barry Younghans, Goshen High School principal to the district’s school board.

Monday was the end of era and the end of a long road to ushering in a new one.

“I’m tired, I’m ready to get back to my job of being principal at Goshen High School,” said Younghans.

Goshen’s school board said farewell to the Redskins and welcomed a popular successor whose name many say will help with the transition.

“Redskins, RedHawks, I like that it’s that similar and I think that the student body will embrace it,” said Jordan Nemeth, Goshen High School Junior.

A few students are already embracing it.

“I like the logo and how it looks,” said Trevor Back, Goshen Middle School student .

But there were a few traditionalists that were not ready for a transition.

“I don’t believe it will be the end of the Redskin era,” said Glenn Null, former school board member. “90 years, you don’t just throw that away because one or two outsiders were offended by it.”

But the administration says this change is less about politics and more the students.

“Goshen schools is about Goshen students and about being great athletes, being great students,” said Younghans.