Goshen man charged with murder to appear in court 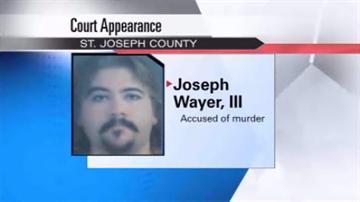 SOUTH BEND, Ind. — A Goshen man accused of murder will appear in court.

Joseph T. Wayer III was charged with murder in 2011 and will go in for his record hearing.

Wayer is charged in the murder of Barbara Sheppard. Her body was found in an alley next to Low Bob's Discount Tobacco near Lincolnway East in Mishawaka.

His trial is set for August 19.