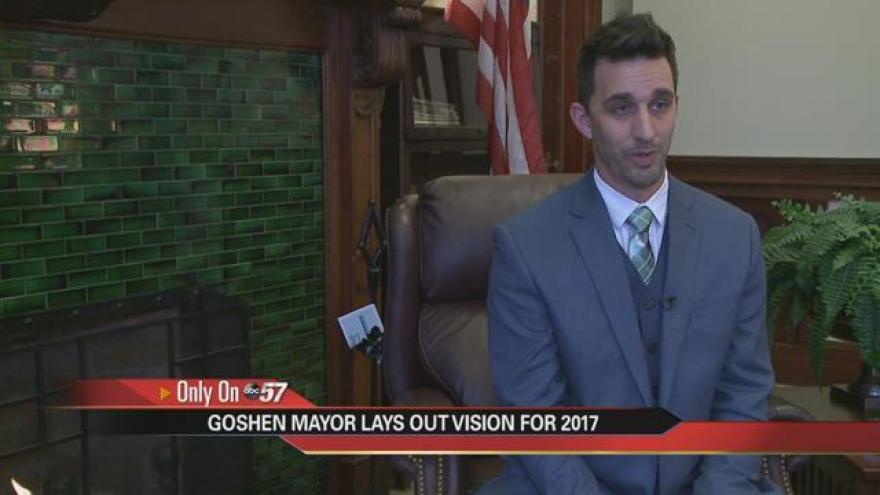 2016 is in the books and for those in Elkhart County, it means turning the page on a year riddled with crime.

In Goshen the community still healing from a double homicide back in march and with crime steadily on the rise, what does that mean for residents?

After one full year in to the job , Goshen Mayor Jeremy Stutsman, said he is optimistic about  the future of his city.

“Overall I think there is some concern about crime in Goshen,” said Stutsman.

Most notably in Goshen, the double murder at Brookside Manor Mobile Home Park in March and a stabbing on Cottage Avenue in late December.

“You want to make sure everyone is safe and that’s a huge priority of not only mine but all the department heads in Goshen,” said Stutsman.

While crime is top priority at City Hall, so is transparency.

“The most important thing I’ve stressed in my administration is communication. I think it’s really important that if we progress in the future, that we stay as inclusive as possible,” said Stutsman.

Just before the holidays, a new ordinance was voted in to place, to expand that communication and to make sure Goshen is recognized as inclusive to all races and religions.

“In 2017, I want us to continue with this blight elimination program, continue to develop and the diversity. The more we understand of each other, the better we are going to get along. We are all never going to agree, but we can all respectfully disagree,” said Stutsman.

Stutsman says there are a few projects, that have been years in the making, that could be complete in 2017 that he is excited to see come to fruition, including The Goshen Inn.