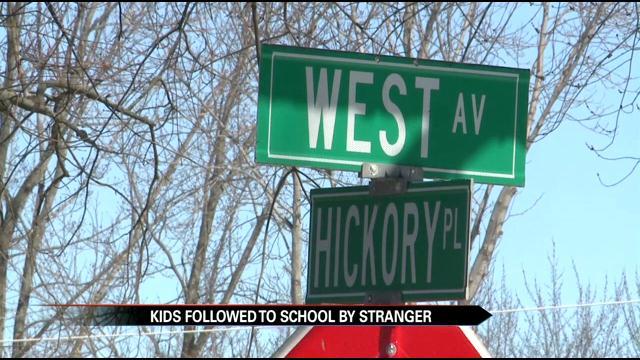 Parents in a Goshen neighborhood are on edge after three elementary school girls say they were followed by a stranger Friday morning.

Groh feels very uneasy after learning a parent reported his three young daughters were followed by a white man with a dark beard while the girls walked to West Goshen Elementary School.

The man was driving a gray pickup truck with ‘4x4' written on the bed.

The girls are safe and were not hurt, but officers are taking this incident very seriously.

Tina Kingsbury, Administrative Assistant with the Goshen Police Department, says the department has scheduled extra patrols in the area.

“Though the driver made the girls uncomfortable, there was nothing criminal in the incident.  That being said, we are very protective of our community, especially our children. If we learn the identity of the man in question, officers will most likely speak with him about his intent and how his actions (whether incidental or intentional) may be perceived,” says Kingsbury.

Samantha Maldonado has a first grader at West Goshen Elementary. Maldonado can see the school from her front yard, but because of incidents like this she takes extra precaution.

“I drive her every day. I can see the school but people are creepy and I don't want anyone to take my child,” says Maldonado.

Snow is starting to melt and spring is around the corner. These facts make the incident even more disturbing for parents like Groh.

“Just to know that somebody could have been following somebody else kids makes you not want to send your kids outside for a little bit. And they are going to be outside a lot more,” says Groh.

Police are asking the public to come forward with any information they have. They say the man they are looking for is Caucasian with a full dark beard. He was wearing a gray stocking cap and a white coat the day he followed the girls.

If you have any information contact the Goshen Police Department.