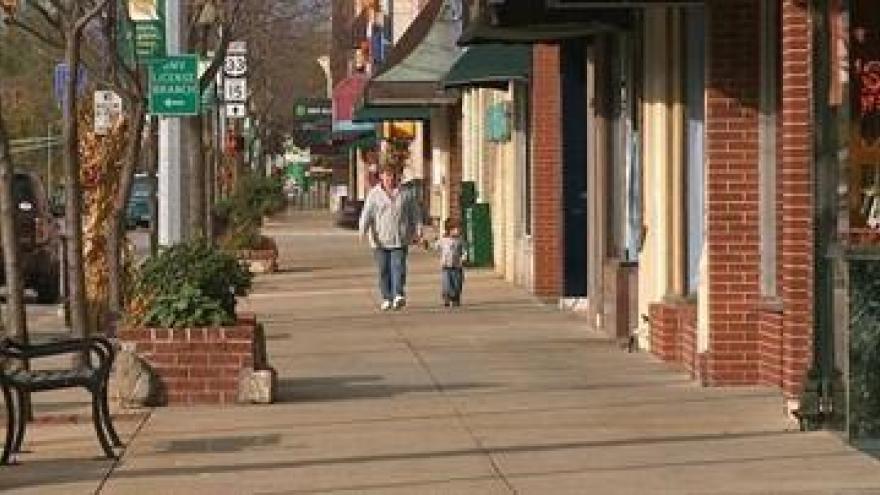 GOSHEN, Ind. – At least three violent crimes in the last week have people living in Goshen frustrated and concerned at what is happening in their small town.

The latest crime involves a 25-year-old man who was shot in the legs and dumped in the middle of downtown Goshen. The man wandered into the Gutierrez Bakery just before 8:00 p.m. Saturday.

Police say they found him on the floor of the store when they arrived. The man was taken to the hospital and underwent surgery, and at last report was in stable condition.

Since the killing of Goshen College professor James Miller a week ago, some residents in the small town have been on edge. With the police having no luck in tracking down the suspect in the home invasion killing, some are losing faith in the police and turning to a higher power for protection. “I guess pray about it and that’s about all we can do,” said Jim Nettrouer, a long time Goshen resident.

Tim Cunningham has only lived in Goshen for a couple of years, but he has already seen changes in the town. “There’s a lot more people locking their doors shutting their windows and whatnot; because there’s new things moving into [town] that people don’t really see in Goshen,” said Cunningham.

Cunningham blames gangs and illegal drugs for some of the increase in crime he has seen. He says, it will be difficult, if not impossible, to return to the way things were. “There’s always going to be more activity moving into Goshen,” said Cunningham.

Adrienne Nesbitt has been working downtown for a few years now. She has seen the crime go up and down in waves. “Things come in cycles, and right now there definitely seems to be an uproar in extra crime,” said Nesbitt.

She also thinks some people have blinders on, and hope the crime wave will subside on its own. “There is a naivety still in this community that [violent crime is] not going to directly affect you, but being a former Goshen College student, I know that stuff that happens in this community does end up coming back and being personal,” said Nesbitt.

Some say, it doesn’t help that they feel vulnerable and left-in-the-dark when crimes like Saturday night’s shooting happen.

Several people ABC 57 talked to are frustrated at the slow release of meaningful information on crimes recently. At least one group we talked with on Sunday afternoon said they could find nothing on the internet from any local media outlet Saturday night.

It wasn’t until Sunday, after Goshen Police released a brief statement about the crime that information began to flow into the community. By then, business owners had heard rumors that the owner of the bakery had been shot, and that someone walked into the store and shot someone; both of which were not true.

As of Sunday night, Goshen Police have not released the name or ethnicity of the victim from Saturday night’s shooting, There has been no indication whether or not the victim has been cooperating with any investigation that may be ongoing, or if his injuries were obtained during other illegal activity that may have been ongoing in the city.

The one thing we heard over and over again on Sunday was that some people don’t feel safe right now in Goshen. Others aren’t panicking and just hoping the crime wave passes quickly.