Goshen sixth graders raise thousands of dollars for their classmate 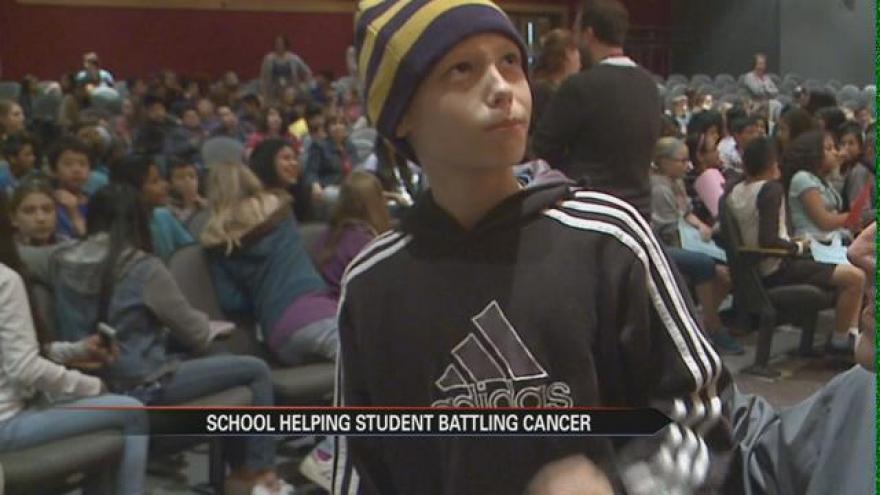 A group of students at Goshen Middle School raised thousands of dollars for their classmate. The money was raised for sixth grader Michael Schram who was diagnosed with cancer for the second time last October.

His classmates set a fundraising goal of $2,000 and they exceeded that. Sixth grade principal Jeremy Sheets threw a celebration on Thursday for both Michael and his classmates.

Michael has faced life threatening challenges over the past two years.

“This is my second cancer,” says Michael.

He was first diagnosed with cancer in 2013.

“It's neat to see young kids have such a huge impact on the community around them,” says Turner.

The goal was to reach $2,000 but the students exceeded their own expectations.

As a reward for the students and a show of support for Michael, Goshen Middle School Principal Jeremy Sheets shaved his head.

“I'm going to shave his head all the way,” says Michael.

Sheets was nervous to receive a hair cut from a sixth grader, but says Michael's journey made his concerns seem trivial.

“This kid has been through so much and then to think hey he can walk through the door and go through what he does it brings more meaning to us,” says Sheets.

Michael continues to get treatment and he and his family travel to Riley's Children Hospital in Indianapolis often. If you would like to help the Schram family you can contact Goshen Middle School.