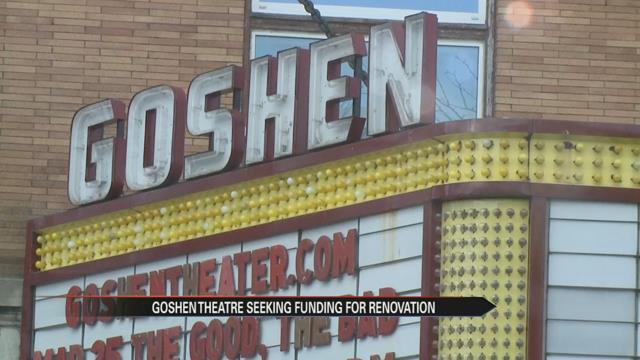 The Goshen Theater is in need of renovations. And the regional cities initiative could prove crucial in getting the funds needed for the project.

Theater reps tell me they need $13 million for crucial fixes to the infrastructure of the theater. But they aren't sure they'll be able to count on the regional cities initiative funds to do it.

Recently more money was approved for South Bend/Elkhart area. But there are a lot of projects vying for those dollars. The Goshen theater doesn't think they will end up too high on the list. But they are doing all they can to bolster their resume, but also preparing for if the money isn't there.

"The regional cities funds has really accelerated our timeline so we are working full steam ahead to make sure that we are ready to apply in equal standing with other projects that are a part of that group," said Gina Leichty, board president for Goshen Theater LLC.

"The pledges that we have receive already bode well for the project so we are very optimistic we will be able to leverage those funds and we are working toward that goal as hard as we can."

The theater says they are currently waiting on applications to become available. The good news is they already have a commitment of $4 million from the city redevelopment commission.

We will be sure to update this story as new information becomes available.