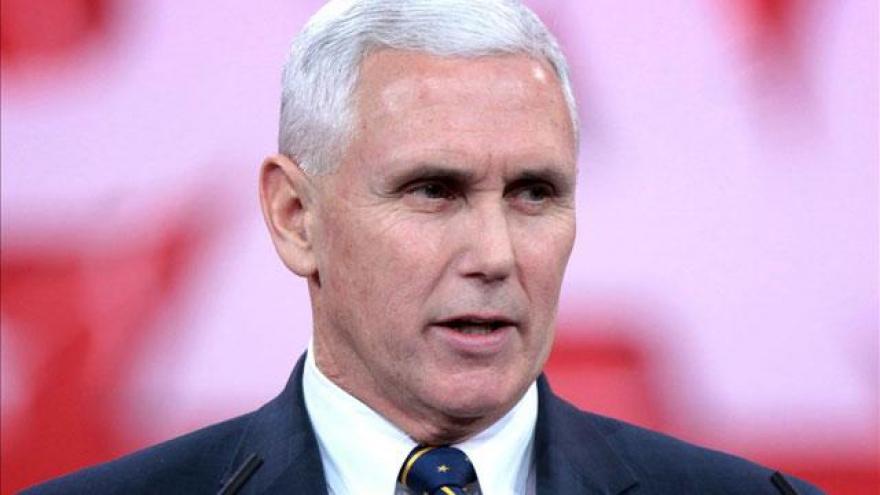 (CNN) -- Indiana Gov. Mike Pence pledged Tuesday to "fix" Indiana's controversial religious freedom law to clarify that it does not condone discrimination against gays and lesbians, asking the state legislators to pass a fix this week.

"It would be helpful to move legislation this week that makes it clear that this law does not give businesses a right to deny services to anyone," Pence said in a press conference in Indianapolis on Tuesday.

After waffling in recent days on whether or not he would support a legislative fix, Pence told Fox News on Tuesday morning that "we'll fix this and we'll move forward."

"There was never any intention in this law to create a license to discriminate and we'll clarify that in the days ahead," Pence said on Fox News. "It's important to me in this process and we'll do it in legislation."

Pence's statement came a day after Indiana's top state legislators announced they were working on a legislative fix to clarify the intent of the law and following an intense backlash against the law, especially from the business community in Indiana and across the country.

Pence and other Indiana Republicans have repeatedly insisted that the law was never intended to allow discrimination against anyone and have charged that, even in its current form, the law could not be used as a legal defense to discriminate against someone on the basis of sexual orientation.

Instead, Pence and his GOP allies have accused the media and opponents of the law of mischaracterizing the law and spreading misinformation. But opposition to the law was swift and broad-sweeping, with large organizations and top companies ranging from the NCAA to Apple and Salesforce raising red flags over the law.

The state's house speaker said he "didn't see that [reaction] coming" in the Monday press conference announcing work on a legislative fix.

Pence again repeated that he "abhor(s) discrimination" and said the law was intended to "promote tolerance around the country."

The Indiana Republican, who has been floated as a potential 2016 presidential candidate, again repeated that he is unflinchingly opposed to discrimination.

"If I was in a restaurant and saw a business owner deny services to someone because they were gay, I wouldn't eat there anymore," Pence repeated on Fox News.

He also noted that he joined civil rights icon Rep. John Lewis in a march across the Edmund Pettus Bridge to commemorate the anniversary of Bloody Sunday, when hundreds of activists fighting for civil rights for African-Americans were brutally assaulted by police officers.

Pence did get some beefy backup from the field of potential 2016 presidential contenders as former Gov. Jeb Bush, Sen. Marco Rubio, Gov. Bobby Jindal and others, including the only declared 2016 presidential candidate Sen. Ted Cruz, rushing to defend the Indiana law.
Share this article: