Graham vows to 'get to the bottom' of Trump's wiretapping claims 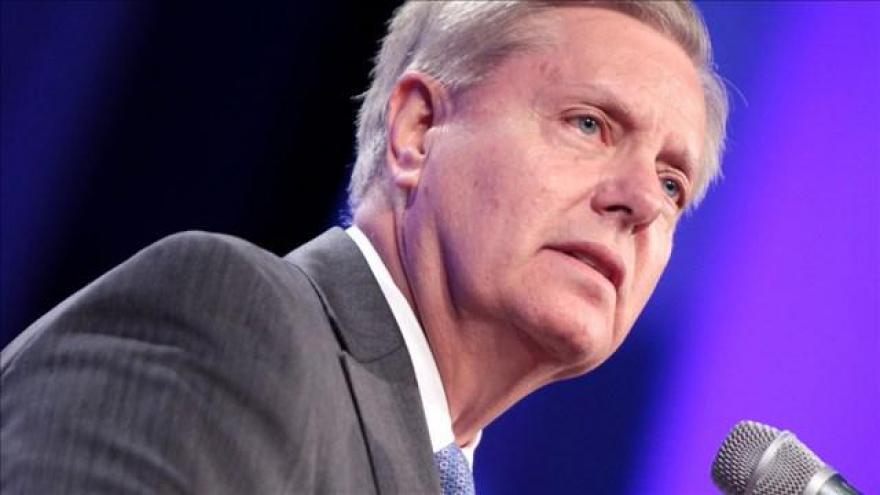 (CNN) -- Sen. Lindsey Graham promised South Carolina residents Saturday that he would "get to the bottom" of President Donald Trump's unverified accusation earlier in the day that former President Barack Obama wiretapped the phones in Trump Tower.

"I'm very worried that our President is suggesting that the former President's done something illegally," the Republican lawmaker said at a packed town hall meeting. "I would be very worried if, in fact, the Obama administration was able to obtain a warrant lawfully about Trump campaign activity with foreign governments."

"So it's my job as a United States senator to get to the bottom of this," Graham added. "I promise you I will."

Trump made the claim Saturday, alleging without offering any evidence that his predecessor wiretapped the phones in Trump Tower, where his campaign was headquartered during the 2016 campaign.

"Terrible! Just found out that Obama had my 'wires tapped' in Trump Tower just before the victory. Nothing found. This is McCarthyism!" Trump posted on Twitter.

Graham also told citizens that he was going to push for an investigation into Russian involvement in the election.

"I'm not only going to push for a Russian investigation, I'm going to punish Russia for trying to interfere in our election," he said.

Graham added that he supports "sanctions to punish the Putin regime beyond what they've done in the Crimea. These are bipartisan sanctions that would hit Putin hard for interfering in our election in 2016."

Graham, a frequent Trump critic, also spoke with attendees about his support for repealing and replacing the Affordable Care Act, his desire to get 10th Circuit Appeals Court Judge Neil Gorsuch confirmed to the Supreme Court and his concerns about racial profiling by law enforcement officers.

"I'm going to try to help our president, Donald Trump, be successful as possible because, No. 1, I agree with him mostly," he said when asked about his plans to ensure that Trump's policies are implemented. "I'd like to get this country moving again."

But Russia was a major topic at the Clemson University gathering, which took place days after a senior administration official told CNN that other Trump associates met with Russian officials while communication between the two groups was being highly scrutinized.
More Trump advisers disclose meetings with Russia's ambassador

"I don't know if it's true or not," the Republican lawmaker said of Trump's wiretapping claims, adding, "if the former President of the United States was able to obtain a warrant lawfully to monitor Trump's campaign for violating the law, that would be the biggest scandal since Watergate."

The senator also said he believes Russia used a third party to provide hacked emails from the Democratic National Committee to WikiLeaks.

"As for the outcome, I'm not suggesting it changed the outcome" of the election, he said. "I'm suggesting they interfered and they need to be punished."