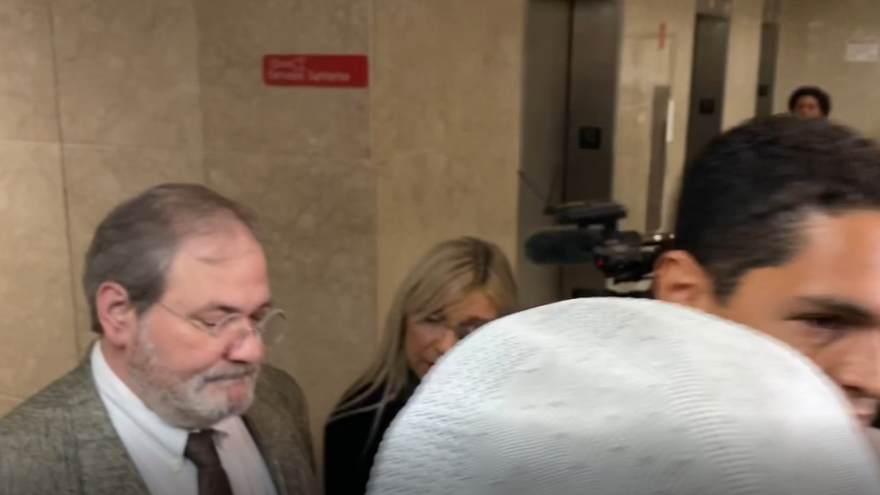 (ABC News)—The grandfather charged with negligent homicide in the July death of his granddaughter on a cruise ship in Puerto Rico appeared in a San Juan courtroom for a status hearing on December 17.

Salvatore “Sam” Anello’s defense told the court that they will present experts who will analyze the scene. Those names will be provided to the court by January 17.

Anello’s defense also said that they will present his medical records and testimony from his doctor.

Jose Perez, Anello’s defense attorney, said after the court session that he still awaiting information and documents from the prosecution.

Perez also said that the two parties have discussed “an agreement in general terms but nothing specific and nothing on paper.”

Anello is “firm that he is innocent” and does not want to take a plea deal, Perez said, adding that it is difficult emotionally for Anello to return to the island for each hearing.

Prosecutor Ivette Nieves said after the court session that the prosecution has not discarded the idea of a deal but are moving towards bringing the case to trial.

Anello is charged in relation to the July death of his granddaughter Chloe Wiegand. He says that he sat Wiegand on a window he did not know was open on a Royal Caribbean cruise ship that was docked in Puerto Rico when she fell to her death.

Wiegand's family has previously said that they do not support the criminal charges filed against Anello.

The December 17 court date comes nearly a week after Wiegand’s family announced that they had filed a lawsuit against Royal Caribbean alleging that the cruise line was negligent and not compliant with current window fall prevention guidelines.