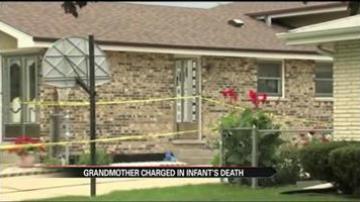 OAK LAWN, Ill. -- A suburban Chicago grandmother is accused of bludgeoning her infant grandchild to death while she was babysitting.

Gadroisz remains behind bars charged with using a sledgehammer and a carving knife to murder her six-month-old granddaughter on Sunday.

Police are no saying why she might have done it.

"It's a tragedy, our thoughts and prayers go out to the victims, including the first responders who responded to the scene," said Oak Lawn Police Chief Michael Murray.

The grandmother is due back in court on October 28th.