Grandmother of boy beaten to death expected in court Tuesday 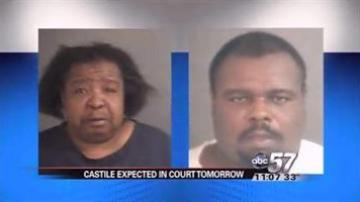 SOUTH BEND, Ind. -- The grandmother of a little boy police say was beaten to death by his father is scheduled to be in court on Tuesday.

Dellia Castile will have her initial hearing in front of a judge in the morning. Castile is the mother of Terry Sturgis and grandmother of 10-year-old Tramelle who died.

According to documents, Castile would often cover for Sturgis and would even pay him "not to beat them too hard," or offered to do laundry so he would stop beating them.

She's facing three counts of child neglect. If convicted of all three felonies, she could serve anywhere between 36 and 60 years in prison.