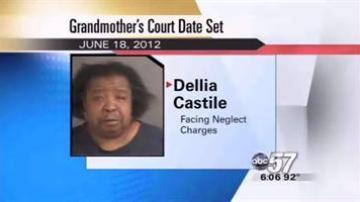 She is accused of knowing about the continued abuse in the home and not doing enough to stop it.

Castile lived upstairs in the home that she shared with her son.

Her jury trial is expected to start June 18.

Terry Sturgis was found guilty on 14 counts, including murder. He will be sentenced next month.