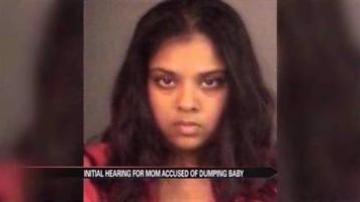 GRANGER, Ind. -- The woman accused of leaving her newborn in a dumpster, Purvi Patel, phoned in to a court hearing Tuesday morning.

Patel is charged with neglect of a dependent and feticide.

Her pre-trial conference is scheduled for August 29th, while her jury trial is set for September 29th.

She was arrested back in July 2013 after allegedly confessing to a doctor that she had left her baby in a dumpster.