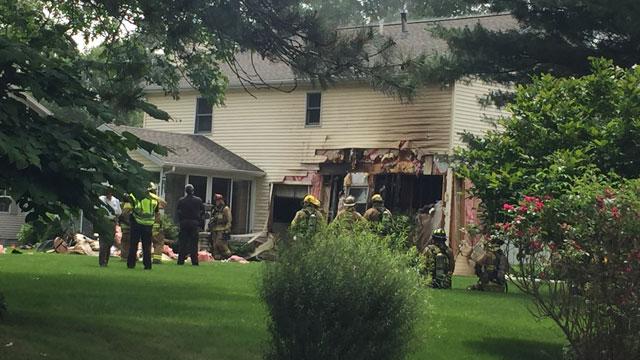 The Granger woman whose home exploded and injured three other people was sentenced Wednesday morning for three counts of arson resulting in bodily injury.

Michelle Ellenberger was sentenced to three years for each count of arson to be served consecutively. All nine years were suspended.

She will serve three years on probation and must pay over $12,300 in restitution to St. Joseph County for losses incurred by the Clay Township Fire Department. She must also continue to receive therapy and court recommended treatments.

She was sentenced to three years for each count of arson to be served consecutively. All nine years were suspended.

In November, Ellenberger pleaded guilty but mentally ill to three counts of arson resulting in bodily injury for the explosion on June 19, 2015 at 51444 Jodie Lynn Drive.

Ellenberger's daughter and her daughter's boyfriend arrived to the home and found both cars in the closed garage running, the stove burners on and Michelle Ellenberger passed out on the couch.

Ellenberger's daughter was turning off the stove when the house exploded.

Ellenberger's daughter, her daughter's boyfriend, and a St. Joseph County Police officer who responded to the scene were injured in the explosion.

During the investigation, Ellenberger told police she was trying to kill herself. In court Wednesday morning, it was revealed that she'd attempted to end her life three times before.

In court, she apologized for her actions and said she believes the suicide attempts were a side effect of a medication she was taking.

She said she is recovering and trying to get her life back.

Ellenberger's sister said the sentence is a fresh start for the whole family.

"You know it has taken a toll on all of us. My poor parents. We've been concerned about them too. It's a relief. The judge has given her another chance to get on with her life," said Angela Olson, Ellenberger's sister.