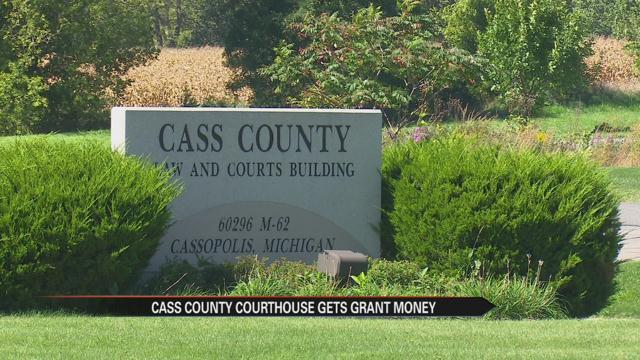 A continued push for ‘problem-solving courts’ is bringing hundreds of thousands of dollars in grant money to Cass County.

“If you don’t treat the issues that bring people to the court system, you’re not going to effectuate the change,” Cass County Probate Judge and Chief Judge of Courts Susan Dobrich said.

Dobrich said treatment court – or drug court – is a change-maker.

So the issue is being addressed inside the walls of the Cass County Courthouse.

New grant money Dobrich and her team applied for will soon pour in from the state.

More than $700,000 worth of grants will go to the county’s various ‘problem-solving courts’ – including the Family Treatment Center, Adult Treatment Court and Sobriety Court and the Berrien/Cass Regional Mental Health Court – which allow everyone, from parents battling addiction to people struggling with mental health, to continue treatment.

“With the treatment courts, you can actually do assessments upfront and determine that someone would be appropriate for treatment, and be able to actually rehabilitate and keep the community safe at the same time,” Dobrich said.

Dobrich said she and her fellow judges recognize there are dangerous people who use drugs, but she said throwing every addict behind bars is not a solution.

“There are individuals who are in the court system because they’re troubled,” Dobrich said. “And treatment is effective for those individuals.”

She said this new grant money is another step in the right direction.

“Treatment courts are the model for the future,” Dobrich said. “Our court systems need to be a problem-solving system rather than a reaction.”

The grant money should arrive in Cass County in January.