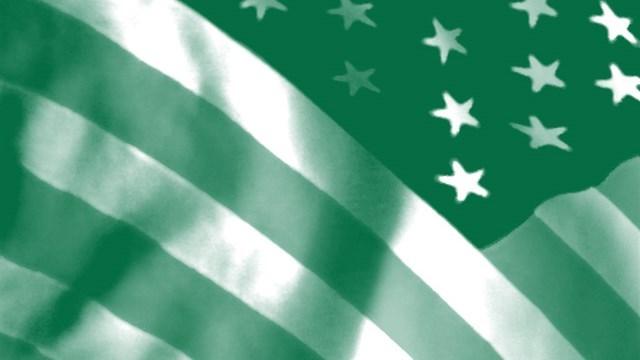 WASHINGTON (CNN) -- Green Party officials filed Friday for a recount in Wisconsin, following reports of voting discrepancies, and were seeking a deeper investigation into the election results, which handed the state to Donald Trump two weeks ago.

Wisconsin Green Party co-chairman George Martin said that they were seeking a "reconciliation of paper records" -- a request that would go one step further than a simple recount, spurring, he said, an investigation into the integrity of the state's voting system.

"This is a process, a first step to examine whether our electoral democracy is working," Martin said.

The announcement came as Green Party candidate Jill Stein's Thanksgiving fundraising blitz passed $5 million. The money is well beyond the $2 million mark the Green Party initially set, and Wisconsin party officials said that any additional money not used for the recount would be used to train Green Party candidates for local office. The goal as of Friday was to raise $7 million.

"We don't know, and we think the forensic computer experts have raised serious questions. What we do know is that this was a hack-riddled election, we saw hacks into voter databases, into party databases, into individual email accounts. We know that there were attempts made broadly on state voter databases and we know that we have an election system that relies a computer system that is wide open to hacks," Stein told CNN's John Berman Thursday. "It's extremely vulnerable, Americans deserve to have confidence in our vote."

Late Friday afternoon, the Wisconsin Elections Board said it had received the petition from Stein and the Green Party and "is preparing to move forward with a statewide recount of votes."

"We have assembled an internal team to direct the recount, we have been in close consultation with our county clerk partners, and have arranged for legal representation by the Wisconsin Department of Justice," Wisconsin Elections Board Administrator Michael Haas said. "We plan to hold a teleconference meeting for county clerks next week and anticipate the recount will begin late in the week after the Stein campaign has paid the recount fee, which we are still calculating."

Hacking experts alerted the Clinton campaign earlier this week it was possible, based on voter low turnouts in some counties with electronic voting, that voting systems might have been hacked. But nobody has presented any evidence yet that they were tampered with.

Even if Stein and others succeed in winning recounts in Wisconsin, Michigan and Pennsylvania, it's unclear they would be enough to swing the election from Trump to Hillary Clinton, with Trump holding leads as big as more than 60,000 votes in Pennsylvania. When Florida officials launched their recount in 2000, the margin was just 537 votes.

The Clinton campaign has stayed out of the recount debate, which sprouted up over the Thanksgiving holiday, even though it was a conference call that election hacking experts had with her campaign staff which led to the drive.

The Trump campaign and his top advisers have dismissed the effort. Former Trump campaign manager Kellyanne Conway tweeted on Thanksgiving that their opponents were being sore losers.