Greenhouse developments to attract jobs, hundreds of millions in investment

A pair of developments are expected to bring $258 million of investment, and at least 185 new jobs, to South Bend.

The South Bend Common Council gives initial approval to a series of tax abatements for a pair of projects on Calvert St, in Southwest South Bend.

The first project, from JEM Farms South Bend, is to develop 25 to 50 acres of greenhouse for tomatoes and strawberries at the intersection of Calvert Street & Renewable Drive. The company expects to invest about $178 million in new construction and equipment. The project is estimated to create at least 110 new, full-time jobs with an estimated total annual payroll of $3,900,000. The long-term plan, according to JEM Farms' petition to council, is to develop 100 acres of greenhouses.

The second project, from Greenleaf Holdco, is to expand the Pure Green Farms' 3.5 acre greenhouse at 3820 W Calvert Street, which produces lettuce. According to its petition, Greenleaf would invest roughly $80 million in new production facilities and distribution equipment. According to the petition, the expansion would help retain 25 permanent, full-time jobs and create at least 75 new, full-time jobs. Together, the 100 jobs represent a total annual payroll of $4.4 million. 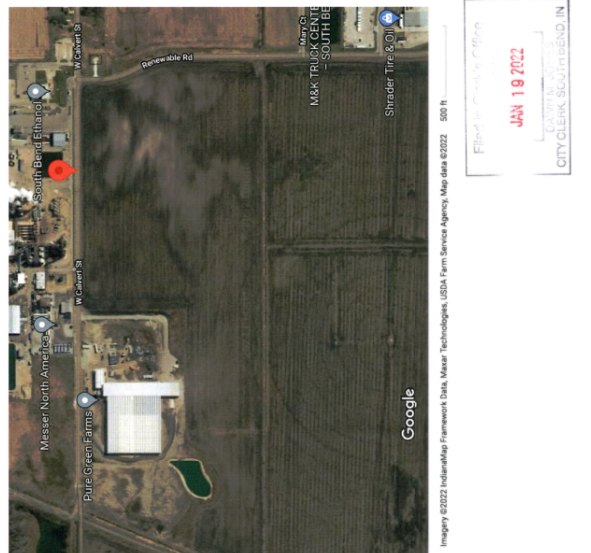 The abatements still need final approval at the Council's next meeting, February 14.