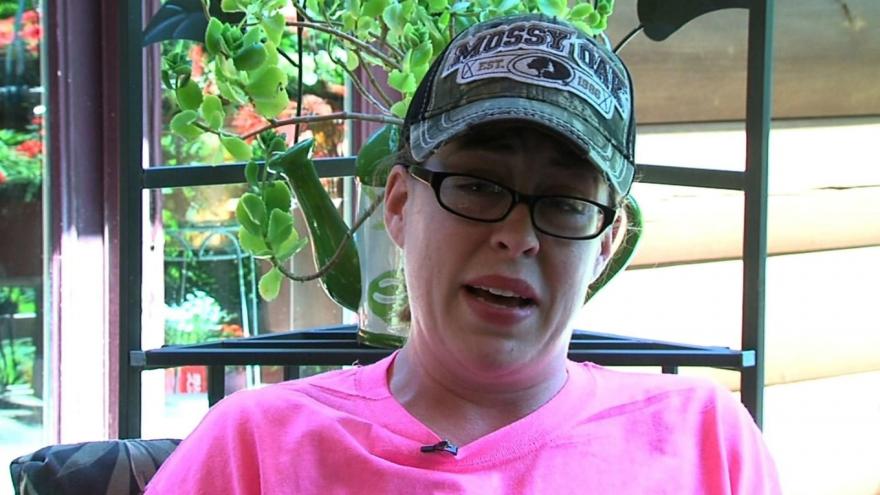 Independence, MO (WDAF/CNN) -- "I keep asking God why he took him from me," said Brandilyn Spiva, who was supposed to wed Gabriel Spiva on Saturday, June 4th.

The dreams of a long life together were dashed when she lost her soon-to-be husband in a deadly motorcycle crash on the same day.

31-year-old Gabriel Spiva was having his bachelor party Friday night with family and friends celebrating his wedding the following day when he got into a motorcycle accident early Saturday morning that took his life.

The Pine Dell Horse Farm in Pleasant Hill was where the wedding was supposed to be held.

The Spivas already had their marriage license, and now his wife said she's trying to hold it together for their children.

"I was laying in bed, because I couldn't fall asleep, because I was so excited for our wedding," Brandilyn recalled.

Just after midnight on Saturday, Brandilyn got the call.

"I lost it. I just kept saying this can't be real," adds Brandilyn.

Gabriel's mom, Doris Simpson, told her Gabriel was in an accident, and didn't survive.

"He thought he was invincible," Brandilyn added.

"He was really into bikes that went fast. That's what he loved, loved to go fast," Simpson said. "Police told us that Gabriel was on his motorcycle going very fast, a car pulled out in front of him, and he had to swerve, and he lost control, and went into a slide, and hit a parked car."

He was taken to the hospital, but never regained consciousness.

Gabriel and Brandilyn had been together for 17 years. They just got their marriage license and they were finally tying the knot. They were supposed to meet at 11 a.m. Saturday.

"I wanted to be apart on our wedding night, because I wanted to do tradition," says Brandilyn, "My soul mate was taken from me, and now my babies don`t have a daddy."

Gabriel has three kids, two with Brandilyn. His youngest, Charlee, will be 2 years old in August, and Elliana is 5.

Gabriel's mom and wife said it's all even more painful because Gabriel died on the same date as Simpson's dad back in 1967.

"She was excited that we were going to get married that day, because she would look forward to that day instead of dreading it, and now she has to dread it for more than one reason," Brandilyn added.

Spiva said he loved life and his children. He was a jokester, liked to make you laugh, was an amazing father, and protective of his friends and family.

"I couldn't ask for a better person to spend as long of a time with, I just wish it was forever, and it didn't have to end so soon," Brandilyn said.

She said they always promised each other that if anything ever happened they would be strong for their kids, and she's doing her best to make him proud.

She said she'll keep Gabriel's memory in their hearts forever.