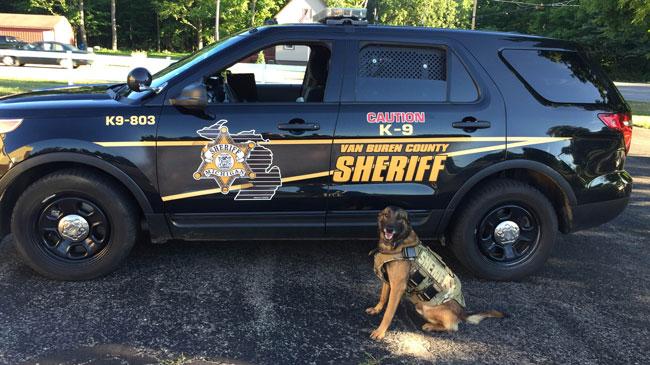 The Van Buren County Sheriff’s Office says K9 Tico received a bullet and stab resistant vest thanks to a donation from Sharon Peters and Vested Interest.

Tico is a 4-year-old Belgian Malinois has been with Deputy Jason Stasienko for two years.

Deputy Stasienko and K9 Tico are certified in narcotics and K9 Tico is also certified as a patrol utility K9 which includes tracking, handler protection, and building searches, according to the sheriff’s office.

The Van Buren County Sheriff’s Office says it is extremely grateful for the generosity of both Sharon Peters and Vested Interest.