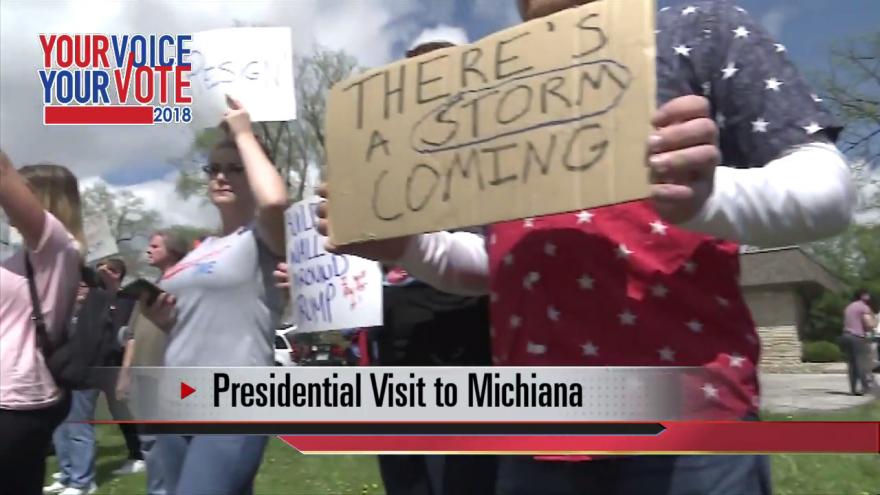 During this divided political climate, not everyone is welcoming President Donald J. Trump to Elkhart. There are protestors outside North Side Middle School where the president is holding a rally Thursday evening.

The organizers of the protest say it is meant to be a peaceful protest to make sure their voices are also heard while the president is in town.

“The message I would like to say is there is the other side, and I’d like to get that message out, so that’s why I’m here," Jim Barnes said.

As thousands of people lined up Thursday afternoon to see president trump, a small group standing just across the way showed up to stand up against him.

Holding signs with strong messages and standing mostly in silence, one of the organizers says the goal is not to outnumber the president’s supporters but to make a statement they hope will have an impact in the long run.

The line of Donald Trump supporters wrapped around three blocks before they opened the doors to the gym. The protesters say their group may be small, but they are mighty.