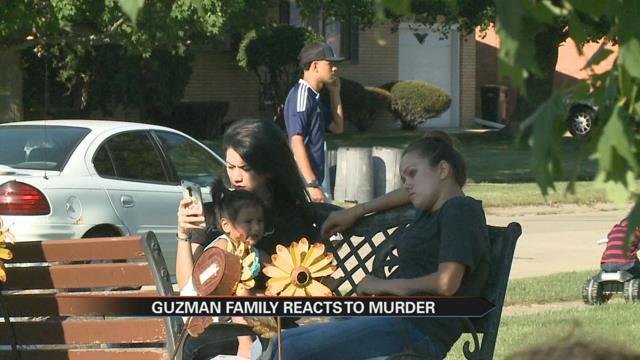 It has been almost a year to the day since Francisco Javier Guzman was gunned down in his own home. St. Joseph County Police arrested Arremone Tobar and charged him with the murder of Guzman.

"Two guys knocked on the door. My brother ran upstairs and I ran with him. He opened the door and they asked him what was his name and he said Javier and they just started shooting."

12 shots. That’s how many Tobar said he and Davion Smith fired off, according to the probable cause affidavit.

Only one bullet hit Guzman but it was enough to end his life.

Josefina Guzman, the victim's mother, said "These people that did this to my son they didn’t just kill him they killed me too."

According to a court affidavit, on Wednesday, Tobar told detectives he went to Guzman’s house to kill him and said he and Smith were paid to do it.

Something Ramirez says she believed that all along.

And now the family is glad that justice is being served. But they say it doesn’t change the fact that their brother and son is gone.

Tobar was arrested and charged with one count of murder.