Haiti ambassador: Trump's words 'an insult to our dignity' 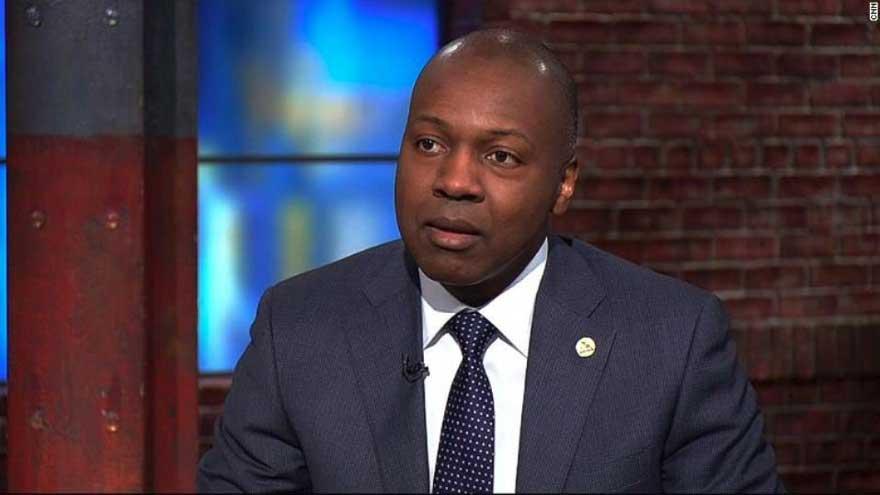 (CNN)-- Haiti's ambassador to the US said Monday that President Donald Trump's recent comments about Haiti "hurt the country," adding that he hopes the President will visit the nation.

Referring to immigrants from African countries during an Oval Office meeting last week, Trump asked lawmakers, "Why do we want all these people from [expletive deleted] countries coming here?" a source briefed on the meeting told CNN.

A source familiar with the meeting later told CNN's Jake Tapper the President did not refer to Haiti as a [expletive deleted] but Trump did ask why the US needs more Haitians and pushed to "take them out" of an immigration deal.

"Never said anything derogatory about Haitians other than Haiti is, obviously, a very poor and troubled country. Never said 'take them out.' Made up by Dems. I have a wonderful relationship with Haitians," Trump tweeted. "Probably should record future meetings - unfortunately, no trust!"

But in the wake of the comment, several countries, including Haiti, have summoned top US diplomats to answer for Trump's remarks.

Altidor extended an invitation to the President to visit his country, but added that it "doesn't excuse an apology for what was said" and that "such words shouldn't be coming out of anybody's mouth, let alone the President of the United States."

"I'm personally asking the President, come to our community," Altidor continued. "The President, as a candidate, went to Little Haiti. He told the community that he's going to be their champion. This is their opportunity."

In November, the Trump administration announced that it will end the Temporary Protected Status designation for Haiti by July 2019, potentially forcing tens of thousands of Haitian immigrants to either leave the US or live in the US illegally.