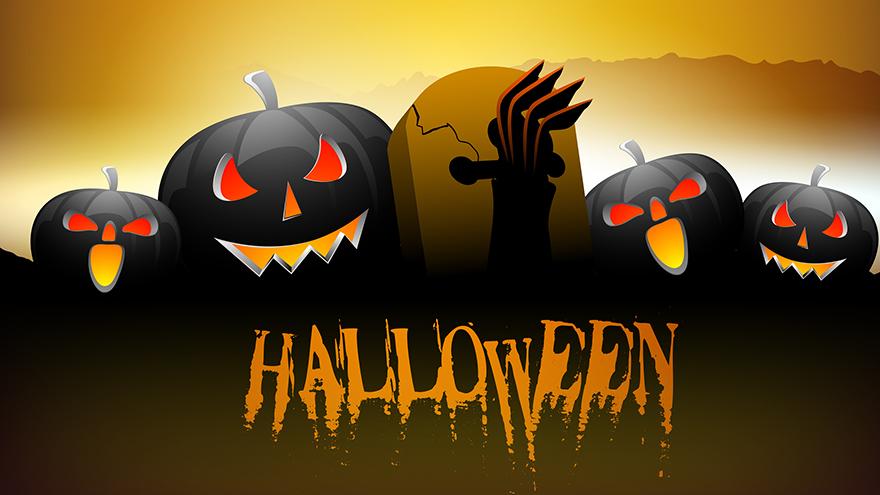 (CNN) -- Here is some spooky background information about Halloween, celebrated annually in the United States on October 31. In 2017, Halloween is on a Tuesday.

Halloween comes from an ancient pagan festival celebrated by Celtic people over 2,000 years ago called Samhain.

The festival took place in the United Kingdom, Ireland, and northwestern France.

Samhain means "summer's end" and marks the beginning of winter. Samhain is also thought to celebrate the beginning of the Celtic year. The Celts believed that Samhain was a time when the dead could walk among the living.

Adults also went door-to-door asking for food and drinks in exchange for a song or dance.

Jack-o'-lanterns are the symbol of Halloween. People in Ireland and Scotland originally used beets or turnips as lanterns on Halloween.

An Irish legend says that jack-o'-lanterns are named for a man called Jack who could not go to heaven or hell and was forced to walk the earth forever with only a coal from hell to light his lantern.

The name jack-o'-lantern can also be derived from the night watchman who would light the street lanterns every evening.

Immigrants from Ireland and Scotland brought Halloween to the United States in the 1800s. Haitian and African immigrants brought voodoo beliefs about black cats, fire, and witchcraft.

Halloween Statistics for 2017: (ALL from the National Retail Federation)

More than 179 million Americans will celebrate Halloween this year, with seven out of ten consumers planning to hand out candy. Total spending in 2017 will reach $9.1 billion, with the average consumer planning to spend $86.13 on decorations, candy, costumes and more.