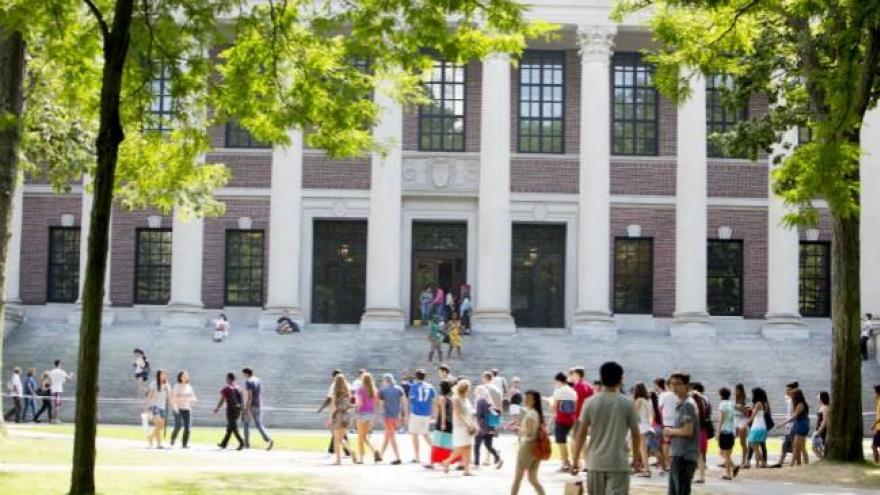 And again, for the second year in a row, the majority of students invited to attend the prestigious college this year identify as ethnic minorities.

Neither this year's class nor last year's made many headlines when the college initially released the data. But with the Department of Justice now investigating a discrimination complaint against the school, Harvard and its diverse array of students have been thrust into the national spotlight.

The complaint in question was filed by a coalition of 64 Asian-American associations in May 2015, DOJ spokeswoman Sarah Isgur Flores said in a statement. The case rolled over from President Barack Obama's administration.

"The complaint alleges racial discrimination against Asian-Americans in a university's admissions policy and practices," Flores said in the statement Wednesday. "This Department of Justice has not received or issued any directive, memorandum, initiative or policy related to university admissions in general."

Harvard vehemently denied the allegations brought against the school by the coalition, Students for Fair Admissions.

"As the 2015-16 academic year begins, Harvard confronts a lawsuit that touches on its most fundamental values, a suit that challenges our admissions processes and our commitment to a widely diverse student body," Harvard President Drew Faust said in a speech at the start of school two years ago.

"Our vigorous defense of our procedures and of the kind of educational experience they are intended to create will cause us to speak frequently and forcefully about the importance of diversity in the months to come."

Harvard spokeswoman Melodie Jackson said in a statement that the college's admissions process "considers each applicant as a whole person" and is "consistent with the legal standards established by the US Supreme Court."

The DOJ issued its statement in response to a story by The New York Times on a document within the department's civil rights division on "investigations and possible litigation related to intentional race-based discrimination in college and university admissions." CNN has not independently obtained the document.

While the Times reported the document referred to "affirmative action admissions policies deemed to discriminate against white applicants," Flores said the characterization was "inaccurate." A New York Times spokesperson said in a statement to CNN that they stand by their reporting.

"To become leaders in our diverse society, students must have the ability to work with people from different backgrounds, life experiences and perspectives," Harvard spokeswoman Jackson said in the statement. "Harvard remains committed to enrolling diverse classes of students."