Tonight will be cloudy and dry, with lows in the teens. We focus our attention on Sunday, when a system will bring us several inches of snowfall, after being warm and dry for a week.

A Winter Storm Warning is in effect for LaPorte, Berrien and St. Joseph (IN) counties Sun 7AM- 7PM Monday. Reduced visibility, snowy roads and significant snowfall is expected.

Snow will start by around 9 or 10 AM Sunday morning. The system will be tracking from west to east, so counties like LaGrange and Kosciusko won’t see snow until around 10AM-12PM. Snow will intensify during the afternoon and evening as the system moves across Michiana. By the evening, 1-4 inches will be possible. An addition 1-2 inches will fall overnight and a N-S lake effect snow band will set up. By Christmas morning, lake effect snow will start shifting to the W-E, mainly affecting Berrien, Cass and St. Joseph counties in Michigan. Snow will come to an end by Monday night. 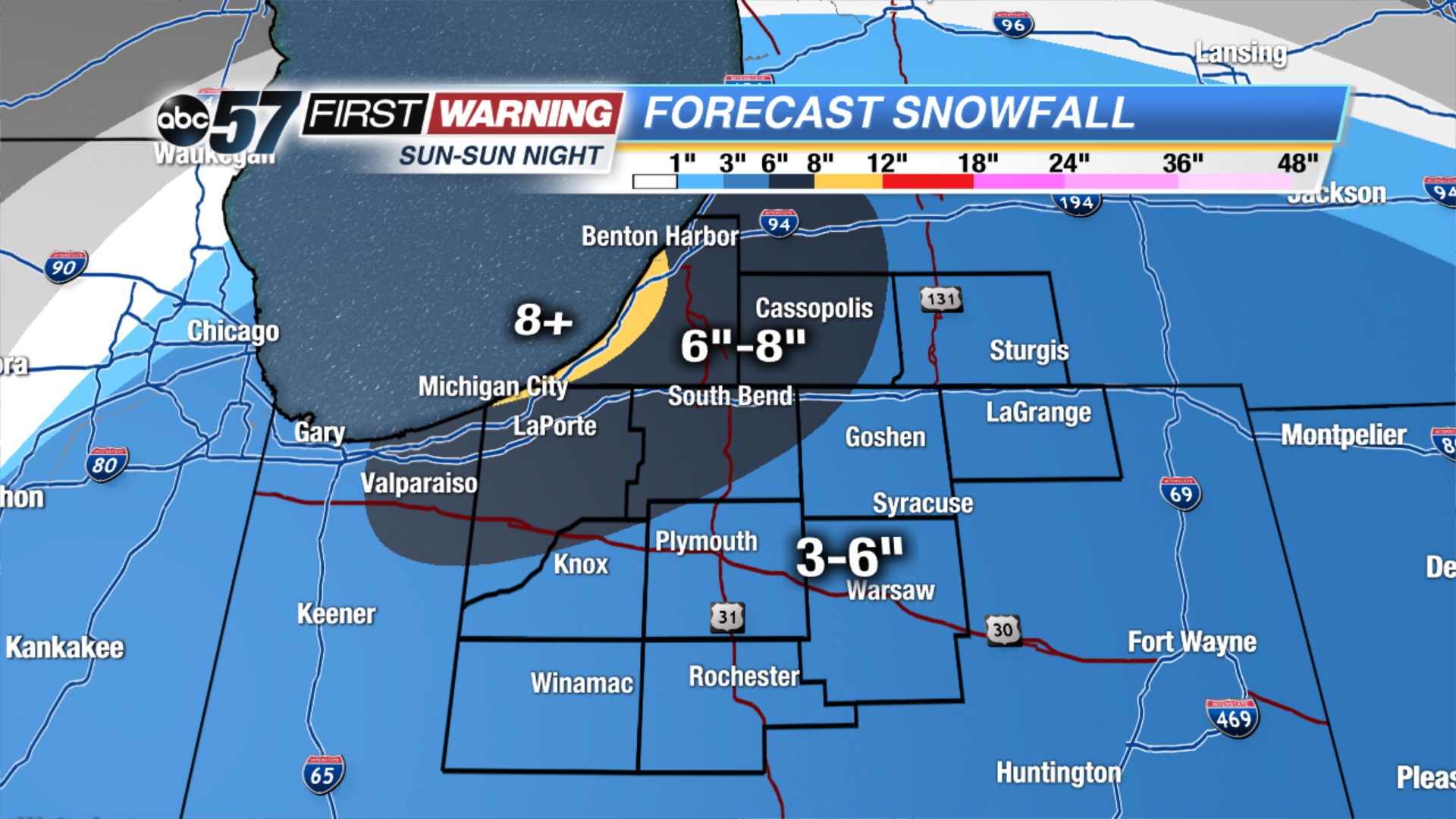 Christmas Day: Mostly to partly cloudy with lake effect snow showers mainly north of I-90. Highs in the low 20s.