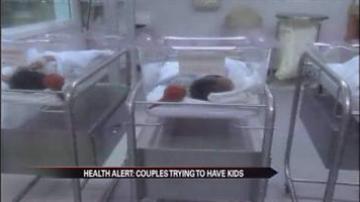 A new study has found women who unsuccessfully tried to have children were more likely to die prematurely than women who had children.

The men who were trying to have children and couldn't were twice as likely to die.

One psychologist suggests it may be the depression that follows and not the fact the parents were unable to conceive.