Hearing for 23-year-old accused of killing friend over $3 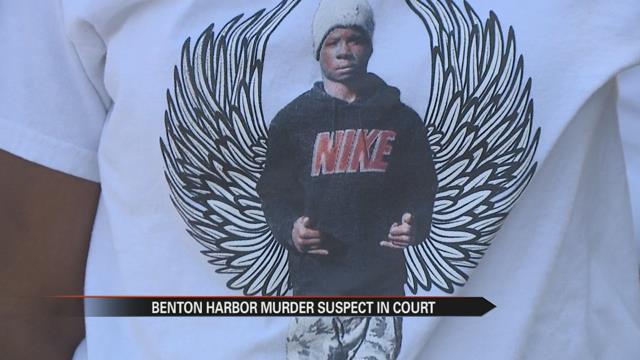 Two Benton Harbor families are ripped apart after a 20-year-old was reportedly shot and killed over $3.

Thymisha Simmons said her half-brother is the defendant and he’s accused of killing her boyfriend, the father of her one-year-old girl.

Simmons said, “I get ready to cry every time I hear them say 'Tyshawn murdered Davon' or something like that.”

On Wednesday morning a preliminary hearing was held for Tyshawn Yates to determine whether there was probable cause to go to trial.

Simmons said, “I’m definitely rooting for Davon because I feel like wrong is wrong family or not.”

Simmons said her daughter, Promise Lewis, is growing up without a father.

Simmons said, “She just reminds me a lot of him, and I would just tell her that he loved her a lot.”

Inside the court room Yates pleaded not guilty to four felonies.

The charges include open murder, carrying a concealed weapon, possession of a firearm by a felon, and felony firearm.

After hearing testimony from a Michigan State Trooper and reading witness statements, Judge Angela Pasula said there was probable cause to go to trial.

Pasula said, “The defendant took about $3 from the victim, it was something that went on during the course of a dice game and the defendant did not want to give that money back.”

Several members of Lewis' family were wearing t-shirts that said "Rest in Peace."

The victim's father said all he feels is anger.

John Lewis said, "I wanted to kill him. I wanted to take his life away like he took my son’s life.”

Lewis said the violent way his son died is all too familiar.

Lewis said, “A year before that I got shot in my stomach. Then I turn around and a year later that same month my son gets shot in his stomach over $3."

Judge Pasula also pointed out that in July of 2011, Yates pleaded guilty to a firearm felony and he was not supposed to have a gun.