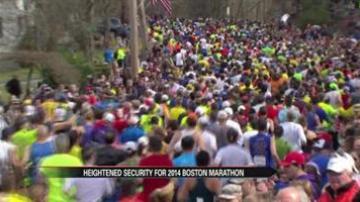 We are approaching the one-year anniversary of the Boston Marathon bombings. This year there will be heightened security ahead of and during the race.

Thursday, officials announced the changes to the race route and an increased field size. They also changed the list of items that racers can bring.

Fanny-packs and fuel belts will still be permitted but are limited to only 1 liter of liquid for each runner. Headphones are also discouraged but will be allowed.

Backpacks, strollers, glass containers, and suitcases are all banned.