Helping others through education 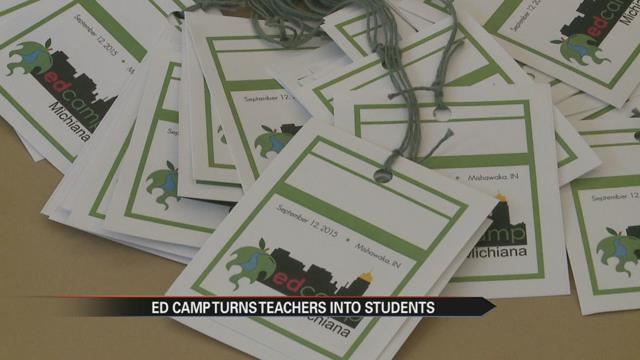 The first ever Edcamp Michiana was held over the weekend. It was an opportunity for people to come together and share what they know verses what they want to learn.

Eric Johnson is a 6th grade teacher at LaSalle Elementary School in Mishawaka and helped to bring Edcamp to the area.

“The conversations are just dynamic and everybody just comes out of the room just buzzing and smiling on their way to the next one,” Johnson said.

Attendees were divided into groups and went to sessions based on what they wanted to learn.

The event brought out educators, administrators, and firefighters alike. They were able to take that newly acquired knowledge back into their places of work and for teachers, can help to better serve their students.

“One guy said he went back to his classroom at Riley High School and was preparing some things that he had learned that day for Monday,” Johnson said.

He said there were a lot of conversations about implementing digital tools in the classroom like Google Docs, for example.

“I can have a group of students working on the same project and or the same paper and learning from each other within that document and sharing it across multiple classrooms, not only in the school but around the world and I can share and learn from kids elsewhere.”

Johnson said that being able to learn from others is what makes this program so helpful.

“You see other things that people are doing and you want to try that and it may not work but you at least have the knowledge now to carry that into the classroom,” he added.

Before Edcamp Michiana, the closest ones were located in Fort Wayne and the Chicago area; however, a date has not been set yet for a future event in Michiana.