Here's what else Oakland is losing, along with the Raiders 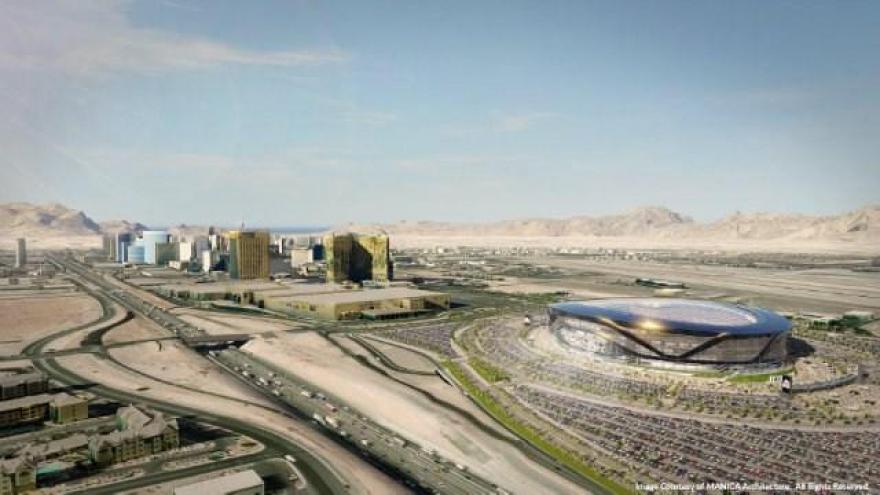 NEW YORK (CNNMoney) -- The Oakland Raiders' move to Las Vegas is a double-whammy. The team is taking good minimum wage jobs with it and leaving behind ardent fans with no one to root for.

Collective team pride can inspire a city -- it happened in Chicago with the Cubs and in Cleveland with the Cavaliers. That's why Oakland Mayor Libby Schaaf fought so hard to keep the Raiders.

"It felt like this was one of the last fan bases that was blue collar and really diverse," she said. "That was a point of pride and it made Raider nation special."

Community activist Ray Bobbitt said people feel hopeless now that the team is leaving, and that it's not just about football. Bobbitt founded the Oakland Coliseum Economic Impact and Legal Action Committee to get the Raiders to stay.

He worries about what the team's move will mean for the residents of East Oakland, where he was born and raised. It's one of the most impoverished and underserved areas in the city. That means that stadium jobs, which are critical to the community.

To try and get the Raiders to stay, the city of Oakland proposed building an even bigger and better venue for the team. That would have created even more entry-level jobs for the community, Bobbitt says, in addition to giving residents a renovated public space.

"This was our opportunity to participate in the Oakland boom, to really revitalize an area that people can't just up and leave from," Bobbitt told CNNMoney.

The Raiders' departure will leave the prime real estate where the Coliseum now stands up for grabs, and Bobbitt worries about gentrification, which could marginalize the locals.

Lots of companies from nearby San Francisco and Silicon Valley are interested in moving to the less expensive Oakland area. In fact, Uber is already opening up an office there.

Bobbitt points out that tech companies that come in won't bring the kind of jobs that would be accessible to most neighborhood residents.

Oakland Mayor Libby Schaaf agrees that creating jobs in East Oakland is important. But she's optimistic that the city will be able to use the stadium space for something that would be good for the community as a whole.

"An entertainment complex, hotels, restaurants -- they would all create entry-level jobs," Schaaf told CNNMoney. "It's a prime piece of land with a BART station, train station and easy access to the airport. Even offices would create both high wage jobs and positions like custodians, cafeteria workers and security guards."

In fact, Schaaf says the city might be better off.

She points out that the Raiders only employ people when they're home -- nine or ten times during an NFL season. And when they do play locally, the city of Oakland subsidizes them.

"We cover game day expenses for things like police services," Schaaf said. "We don't get reimbursed. If the Raiders don't play in Oakland this coming year, it would save the city about $1.5 million."

According to Schaaf, Oakland taxpayers are still paying off nearly $45 million in debt the city racked up to renovate that existing stadium.

That's why, when negotiations were underway to keep the Raiders in Oakland, Schaaf took a hard line against using public funds to finance a new stadium. Instead, Oakland proposed a plan that used private money, while Las Vegas was able to secure $750 million in taxpayer funds.

"The NFL likes to get its hands on public money," said Ray Katz, an adjunct sports management professor at Columbia University. "I think the NFL is trying to send a message that if you want to have one of our teams, you need to have public money."

In the span of a few years, Oakland will go from having three pro teams to one.

In addition to the Raiders' departure, East Oakland is also going to lose the Golden State Warriors to San Francisco in 2019. The good news: The team has promised to employ current workers at the new arena.

That leaves the Oakland A's, which have been threatening to leave the city for years. Fortunately for the city, team recently announced it's going to stay.

The Raiders loss is the toughest to swallow for fans like Bobbitt though.

"When you say 'I'm from Oakland,' there's a toughness people immediately associate," Bobbitt said. "That's what the Raiders name is about."