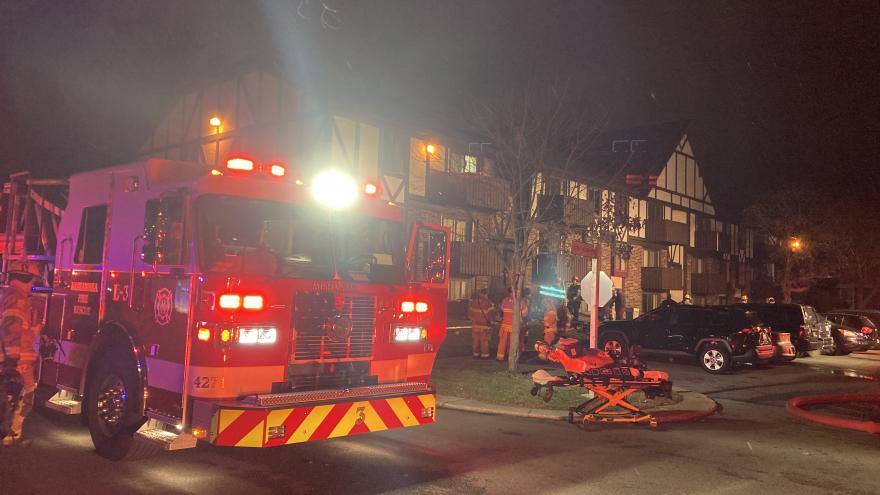 MISHAWAKA, Ind.—Police and fire officials in Mishawaka have deemed Monday morning’s fire at Hickory Village Apartments suspicious and one man has been arrested, according to the Mishawaka Police Department.

On Monday around 4:35 a.m., Mishawaka firefighters and police officers were called to Hickory Village Apartment regarding an apartment fire.

Once they arrived to the scene, officers located the fire in the 4318 building.

Multiple people were stuck on the second and third floors of the building, which was engulfed in flames, according to police.

A neighboring building was also found to be on fire.

Officials were able to evacuate all residents and there were no reports of injuries.

Witnesses reported to police that a man was seen leaving the scene of the fire.

The man was detained, interviewed and arrested, according to Mishawaka Police.

The fire is under is being investigated as suspicious by the State Fire Marshall and Mishawaka Police Department.

Anyone with information about the fire is asked to contact the Mishawaka Police Department Detective Bureau at 574-258-1684.