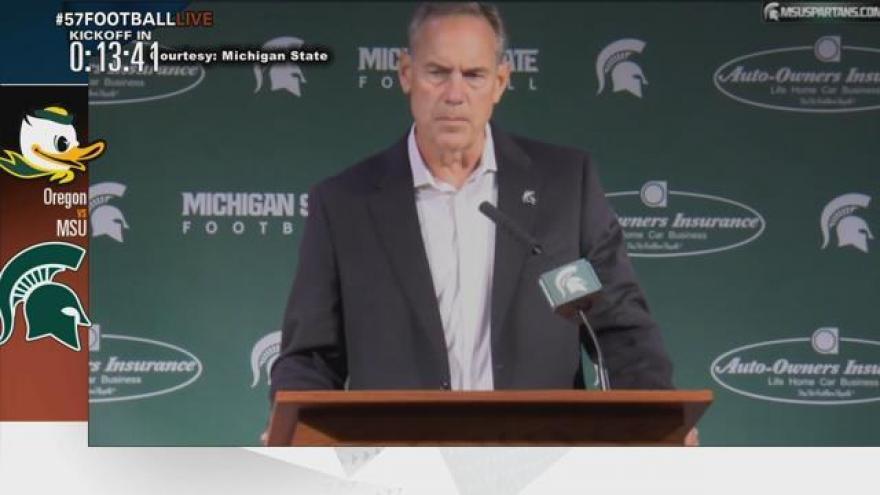 Saturday's game is the sixth time Oregon and Michigan State have played. Last year in Eugene, the Ducks, led by Heisman Trophy Winner Marcus Mariota, defeated the Spartans 46 to 27. The Spartans are ready for revenge on their home turf.

“Some of those rush yards come off of scrambles and things of that nature. Much like they did with Mariota. If you look at our game last year, the x-factor of that game was Marcus Mariota," Mark Dantonio, Michigan State head football coach, said.

Mariota is out and the Spartans are in for revenge on their home turf.

Dantonio says this might be one of the best games of the entire football season.

“Big football games have occurred here in the past. I guess this is one of the biggest ones in terms of nationally ranked teams," Dantonio said.

Oregon is ranked number 5 in the Coaches Poll and Michigan State is ranked 6th.

“The competitive part of it is awesome. Playing against a team like this is extremely challenging and certainly on the road it’s that much more of a challenge," Mark Helfrich, Oregon head football coach, said.

Helfrich says they’re preparing for Spartan quarterback Connor Cook- arguably one of the most experienced passers in the country.

“Our team our program was better for losing to LSU in Cowboy Stadium a few years ago as weird as that sounds. We get better from that," said Helfrich.