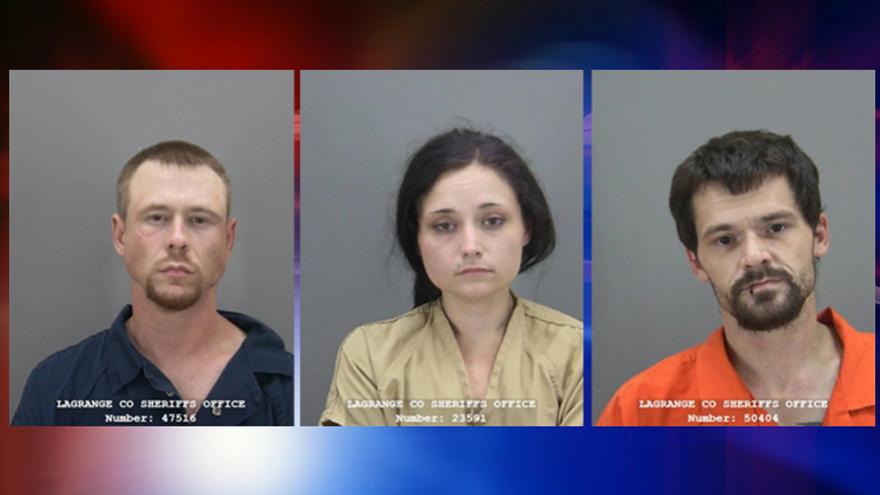 LAGRANGE COUNTY, Ind. – An investigation into a series of auto thefts ends in a high speed chase which led to a horse’s death and damaged vehicles.

Officers from the LaGrange County Sheriff’s Office, Shipshewana Police Department, and Michigan State Police had been conducting an investigation into a series on auto thefts.

On Wednesday officers located and attempted to stop a suspect at Alpha Builders. The suspect then struck a LaGrange County patrol vehicle head on and grazed a Shipshewana patrol vehicle.

The suspect then led police on a high speed chase and reportedly went over 100 miles per hour.

The suspect then left the roadway around CR 450 North and CR 1000 West where it struck two horses and a section of fence. One horse died and the other was injured.

Officer did a “pit” maneuver which caused the suspect’s vehicle to spin into a ditch at the intersection of CR 450 North and CR 100 West.

The suspect then attempted to flee again, striking an Indiana State Trooper vehicle head-on. The State Trooper then starting firing at the suspect’s vehicle with his gun, according to officials.

No one was injured as a result of the gunfire.

The suspects were identified as Joshua Webb of Constantine, Kyle Mill of White Pigeon, and Katie Shephard of Three Rivers.

All three are in custody are have been charged with attempted murder for intentionally hitting the police officers after officers were attempting to stop the vehicle.