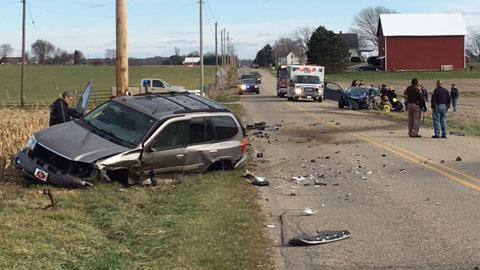 Deputies with the Elkhart County Sheriff's Department began following a vehicle around 1:30 on CR17 south of Goshen.

Speeds reached over 100 miles per hour according to county dispatch.

The chase ended when the vehicle collided with another vehicle at CR17 and CR46.

The suspect was seriously injured.

A helicopter responded to the scene to transport one of the victims.