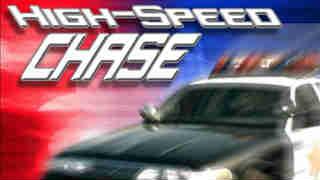 That's where a high speed chase came to an end.

According to dispatch, city officers attempted to stop a vehicle on Cassopolis Road in Elkhart just before 3:30 p.m. Friday.

The driver failed to stop for police, and a chase ensued. The pursuit led police a few miles away across the state line.

It is unknown if any injuries have been sustained during the chase or why the driver took off.