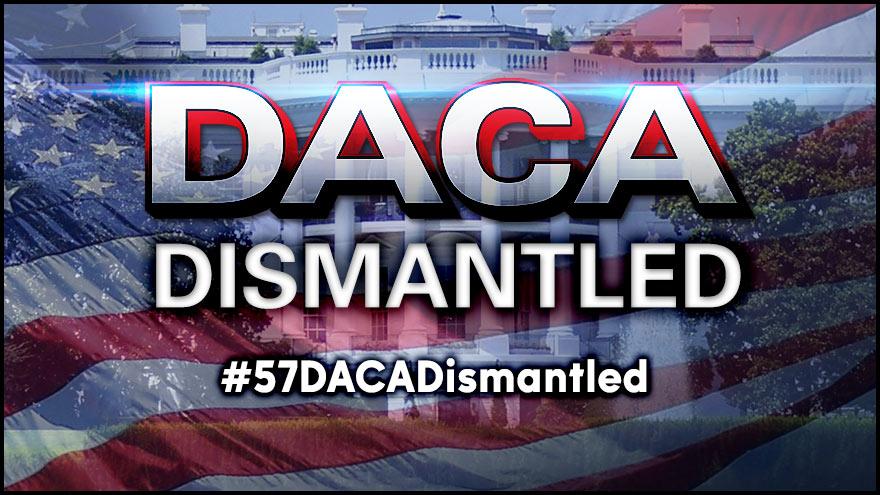 (CNN) -- Nearly everyone in Washington agrees -- they want a solution to the pending DACA expiration. But just as near universal are the sharp divides remaining over how to do it.

As the clock continues to tick for recipients of the Deferred Action for Childhood Arrivals program, Hill leaders and the White House are trying to cobble together a deal that could protect the young undocumented immigrants. Wednesday brought a slew of meetings and group efforts to try to find a path forward.

Ryan said the meeting came at the caucuses' request in an interview broadcast by The Associated Press on Wednesday. Ryan spokeswoman AshLee Strong said in a statement after the meeting. "Discussions among the Republican conference will continue in the coming weeks."

Also Wednesday evening, Pelosi and Senate Minority Leader Chuck Schumer will visit the President for a meeting, White House spokeswoman Lindsay Walters confirmed. A source familiar told CNN the meeting will be a follow-up to last week's sit-down, and that Schumer and Pelosi will push for protecting recipients of DACA, among other issues.

Meanwhile, the conservative House Freedom Caucus has tasked three of its members with working on conservative proposals for Republican leadership, Chairman Mark Meadows told reporters. And the Problem Solvers Caucus, a bipartisan group of lawmakers who work across the aisle, is also planning to put together a working group to chart a bipartisan path forward, Colorado Republican and member Rep. Mike Coffman told CNN.

Some of the Problem Solvers members were at the White House on Wednesday afternoon, and a conversation about DACA was expected to come up, New Jersey Democrat Josh Gottheimer said.

Border wall appears to be separating from DACA fix

One development to come out of this meeting: Texas Democratic Rep. Henry Cuellar said following that discussion that President Donald Trump agreed to pursue funding for his border wall "someplace else" ‎and fashion a bipartisan compromise that tied assurances for DACA recipients to some border security measures and potentially some elements of a GOP immigration bill called the RAISE Act.

Cuellar told reporters he pressed the President for a vote and the President pledged he would get one soon: "You will get a vote. This will be on the floor." Those comments are similar to comments made by White House legislative director Marc Short who told reporters Tuesday that he would not "prejudge" if funding for the wall would be included in legislation to protect DACA recipients.

Even as widespread consensus remains on a desire to do something for DACA recipients, a tension is already emerging over what to attach to a DACA fix.

US immigration: DACA and Dreamers explained

Democrats have called for a vote on a clean version of the Dream Act, a bipartisan bill that would codify into law protections from deportation for young undocumented immigrants brought to the US as children, who have been given the ability to work and study under the Obama-era DACA program for five years. Trump earlier this month announced the program would end, and the two-year permits under the program will begin expiring in March without congressional action.

Meanwhile, Ryan ruled out the idea that Republicans would accept a standalone Dream Act bill on Wednesday. Republicans are pushing for some sort of border security at the minimum to go along with a DACA fix.

"What we're going to do in the House Republican Conference is pass a bill that has the support of the President, and therefore I believe the majority of our members, and that bill is going to have to include security measures to deal with the root cause of the problem, which is, we have unsecured borders," Ryan said in the AP interview Wednesday morning.

"We don't want to forget DACA," Trump said ahead of his meeting Wednesday. "We want to see if we can do something in a bipartisan fashion so that we can solve the DACA problem and other immigration problems. So we'll be discussing that today."

But what the details of that bipartisan deal could look like remain elusive, and Ryan will hear different requests from members of his own conference.

While Democrats agree in principle to the idea of border security, as long as it's not Trump's long-promised border wall, they also warn that they will not take a deal that could harm undocumented immigrants, even if DACA recipients are protected.

"We're not going to accept a DACA deal where the DACA recipients stay, but then we are allowing or somehow facilitating the deportation of their family and their friends. So any DACA deal has to keep that in mind," Arizona Democratic Rep. Ruben Gallego told CNN.

As Ryan continues to describe a DACA bill that includes border security, conservative members of his party are pushing for far more.

Idaho Republican Raul Labrador, a Freedom Caucus member, spoke at a Wednesday morning House Republican conference meeting and delivered a well-received argument for Republicans not accepting of a clean DACA fix, according to Labrador and another source in the room. Labrador made the case that Republicans needed to use the opportunity to address the source of the problem, as has Ryan.

But Labrador also told reporters that he wants to hold off on any DACA fix until the immigration system is reformed more broadly, and that Trump needs to stick to the six-month deadline to sunset the program regardless of whether members of Congress can reach a deal on a problem that has eluded them for more than a decade in that time frame.

Labrador said without the "leverage" of a DACA solution, nothing will force Democrats to accept other reforms.

"I think when (Trump) gave six months, that was fantastic," Labrador said. "So messages that are coming from the White House right now that, 'well, we're not really serious about enforcing the six months,' that's not very helpful. So what we need is the pressure that if nothing gets fixed, that he is going to start enforcing the law. That's the only thing that's going to get Democrats to the table."

Meadows echoed that a deal that only deals with border security and DACA would be too small.

"I don't want to prejudge where the negotiations will go, but certainly this is a bigger debate than just DACA and a border wall, and it's a debate that we should have been having for years," Meadows said.

He also noted that Ryan has committed to only allowing votes on bills that can get more than half his party -- a signal that he cannot make a deal with Democrats that only gets a few dozen Republicans.

"The speaker has made a commitment to conservatives before he became speaker that he wouldn't bring anything to the floor on immigration that didn't have the majority of the majority, and so that gives a comfort in terms of allowing us to negotiate in good faith," Meadows said.

But House Republican moderate Charlie Dent, who stepping down after his term, accused his conservative colleagues of asking for too much.

"There's some members who are always going to be pushing that goal post back," Dent said when told of Labrador's remarks. "I don't think we do comprehensive reform well on anything, but we should do some kind of incremental changes on immigration to start. ... we can easily attach DACA and some border security together."

On the Senate side, there was a similar sentiment from moderate Republicans in favor of a border security and DACA deal. Sen. Thom Tillis, a Republican from North Carolina, said he was still planning to introduce a DACA bill as a counterpart to a House Republican effort as well as pushing for border security.

Utah Republican Sen. Orrin Hatch said he could live with such a deal, and believes his conference could as well.

"There's a little bit (of movement)," Hatch said. "And I'd like to see us get that problem solved. I don't think these kids should be put out to dry."

Colorado Sen. Cory Gardner, a member of Republican leadership who helms the Senate Republicans' campaign arm, said the discussions among leadership and the White House leave him "confident" a deal can be reached, and that it can't be too big.

"I think this is going to be a process of, alright, can we get good policy done with support of both sides of the aisle in an expeditious manner?" Gardner said. "Which means that it may not be super broad, it may not be super narrow, but there's got to be a sweet spot that addresses the need of these kids to be taken care of and gets the votes to do it."